Sharad Kelkar: 'Problem With Bollywood Is That We Cannot Accept No' 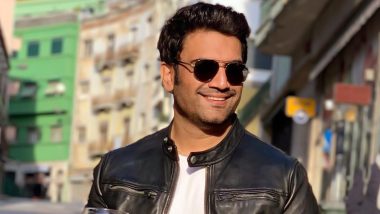 Quite a few artists have openly called out the film industry in the last one month since Sushant Singh Rajput's demise. Editor and writer Apurva Asrani has written a scathing post talking about sexual harassment he faces amongst other things. Richa Chadha has written an amazing blog detailing privilege for the privileged. Avinash Tiwary clapped back at big shot film director R Balki. Now, Sharad Kelkar has also shared his grievance with the media. The actor rose to national fame with his stint on the hit TV show, Saat Phere. He transitioned into cinema with Ram Leela, Bhoomi and most-recently Tanhaji. The actor, in an interview with Hindustan Times, hinted that filmmakers do not take a no from actors very well.

Sharad said, "If I’m offered a film but I say no to it, the reason can be anything from date issues to any personal reason, I am not deliberately doing it. People only view a situation from their own perspective, they have to step into the other person’s shoe as well before making a judgment,”

He asserts that there has to be a reason why an actor would turn down a project. "People take it negatively – if you don’t pick up a call or say no to film, they’d say ‘Arrey iske bhaav badh gaye hain’. At the end of the day, it’s about choice and situation," he said.

"The problem with Bollywood is that we cannot accept no and that’s wrong,” Sharad concluded.

In the near future, Sharad will be seen in a key role in Laxmmi Bomb with Akshay Kumar. He also stars in Bhuj: The Pride of India. Both the movies are skipping a theatrical release and going for a streaming platform.

(The above story first appeared on LatestLY on Jul 18, 2020 04:45 PM IST. For more news and updates on politics, world, sports, entertainment and lifestyle, log on to our website latestly.com).

Comments
Tags:
Bhuj: The Pride Of India Laxmmi Bomb Sharad Kelkar Tanhaji: The Unsung Warrior
Comments
You might also like