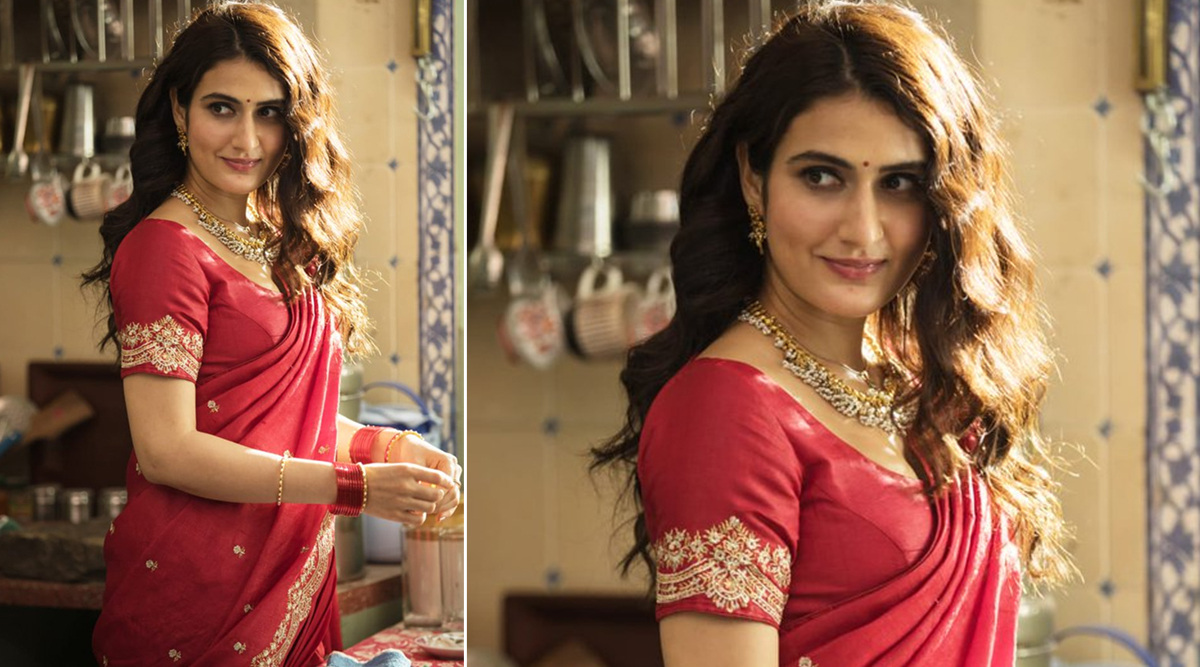 Actress Fatima Sana Shaikh, who got popular after playing a wrestler from Haryana in the 2016 film Dangal, will soon be seen as a Marathi woman in the upcoming movie Suraj Pe Mangal Bhari. Her co-star Manoj Bajpayee took to Instagram on Friday to post a photo of him along with Fatima and Supriya Pilgaonkar. "In the train with the women of Suraj Pe Mangal Bhari," he captioned the photo in which the actresses are dressed up in Maharashtrian saris. Suraj Pe Mangal Bhari: Diljit Dosanjh and Manoj Bajpayee Shoot at Mumbai’s Crowded CSMT Platform.

A source said: "Fatima did multiple readings with Abhishek Sharma and worked on her body language to mould herself in the role before the film went on floor. She has completely transformed herself for the film, the audiences will be in for a real treat!" On why he chose Fatima for this character, Sharma said: "Her character has a dual personality for which we needed an actor who could play vulnerable, mysterious and assertive with equal ease." Suraj Pe Mangal Bhari Starring Diljit Dosanjh, Fatima Sana Shaikh, Manoj Bajpayee Goes On Floor Today!

"Fatima is an excellent talent who has the quality to get into all these emotions at will. She is extremely punctual, very involved and dedicated with her work. Her infectious enthusiasm keeps us all energised on the set." Suraj Pe Mangal Bhari, a family comedy set in the 90s Mumbai, also stars Diljit Dosanjh. The film, produced by Zee Studios, is slated to release in the second half of the year.