The police will reportedly call in his sister Mitu Singh and his cook Neeraj once again for questioning. It is being reported that the police wants to know in depth detail of what Sushant did in the last few days of his life 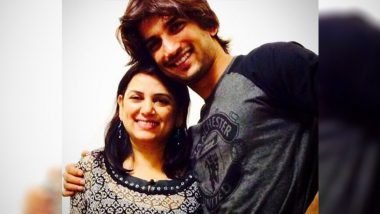 Actor Sushant Singh Rajput tragically ended his life on June 14, 2020 at his Bandra residence. Reportedly, Sushant was depressed for a while before he died by suicide. His death has been turned into a full-fledged investigation with the Mumbai Police already questioning close to 34 of Sushant's close aides, including his girlfriend Rhea Chakraborty, Dil Bechara co-star Sanjana Sanghi and other filmmakers who worked with the late actor and his friends from the industry. His house staff, who first discovered the actor's body were also questioned by the police. RIP Sushant Singh Rajput: Ankita Lokhande Remembers Late Actor a Month After His Demise, Lights a Lamp.

#Breaking | Sushant Singh Rajput's death: The actor's sister & his cook will once again be called by the Mumbai Police for interrogation.

In fact, it will be Neeraj's second questioning, as he was one of those who were amongst the first few to record their statement. Neeraj was questioned by the police for 6 hours and will once again be called in. The report also mentioned that Sushant's sister Mitu, with whom the actor had spoken with almost three months before his suicide, will also be called in for questioning and the hope to speak to her about Sushant's relationship with Rhea Chakraborty and hope to gain some insight into his personal life.

(The above story first appeared on LatestLY on Jul 16, 2020 11:31 AM IST. For more news and updates on politics, world, sports, entertainment and lifestyle, log on to our website latestly.com).