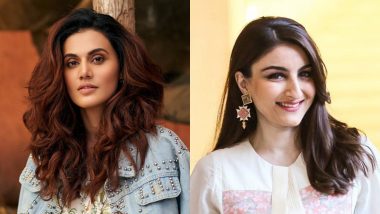 Many Mumbaikars were in a shock when the received their electricity bill in the month of June. The billed amount was higher than ever and many took to Twitter to call out electricity providers for 'inflated bills'. Even Bollywood celebs like Renuka Shahane, Huma Qureshi, Taapsee Pannu, Neha Dhupia, Soha Ali Khan, Nimrat Kaur took to Twitter to complain about the overpriced bills. Now, Taapsee and Soha have understood the reason behind the increased bill and have tweeted about the accuracy as well.

Soha said that she was underbilled for previous two months because as it was based on approximate reading, the actual amount was added to the bill in June.

Taapsee sat down with pen and paper and calculated the readings. She was pretty surprised over the difference between the actual reading and the approximate reading.

And sitting n witnessing the day wise report from my meter for the lockdown phase made me realise how unprepared we ALL were to handle this. Third month bill came in with the charges of difference in amount between actual reading and ‘approximate’ reading of the first 2 months.

Glad @Adani_Elec_Mum had the patience to clarify every detail and hoping in the future we all will be better prepared and given a better “approximate” jerk to deal with the reality later.

Thank you Joohi from Customer Care at @Adani_Elec_Mum for the thorough responses to my queries. I now understand that we were underbilled for the past few months and the comparison with last year’s billings illuminated the matter further.

The high electricity bills that are being received by the consumers contain the current reading is taken, total amount payable and amendment details of March and April. After the criticism, Adani Electricity has introduced the EMI option for the consumers to pay the bills.

(The above story first appeared on LatestLY on Jul 04, 2020 07:05 PM IST. For more news and updates on politics, world, sports, entertainment and lifestyle, log on to our website latestly.com).