The White Tiger’s Adarsh Gourav: Did You Spot Priyanka Chopra’s Co-Star in These Popular Movies of Shah Rukh Khan and Sridevi? (LatestLY Exclusive)

The White Tiger may be promoted on the names of its more popular and established stars, Priyanka Chopra Jonas (also its Executive Producer) and Rajkummar Rao. But they are merely supporting players in this social drama, that puts the main focus on Adarsh Gourav's excellent performance 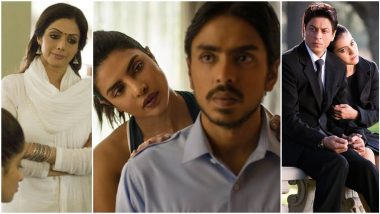 Did You Spot The White Tiger's Adarsh Gourav In These Shah Rukh Khan and Sridevi Movies? (Photo Credit: Twitter)

American filmmaker Ramin Bahrani's Netflix film The White Tiger may have quite a few positives, but it's biggest achievement is introducing us to the talented newcomer Adarsh Gourav. The White Tiger may be promoted on the names of its more popular and established stars, Priyanka Chopra Jonas (also its Executive Producer) and Rajkummar Rao. But they are merely supporting players in this social drama, that puts the main focus on Adarsh Gourav's excellent performance as the anti-heroic Balram Halwai, a lower-caste youngster who climbs up the food chain by killing the apex predator above him. The White Tiger Movie Review: Priyanka Chopra-Rajkummar Rao’s Netflix Film Draws Its Strength From Its Nihilism and Adarsh Gaurav’s Ferocious Performance.

The White Tiger, an adaptation of author Aravind Adiga's Booker prize winning novel by the same name, might have brought the spotlight for Adarsh. But this is nowhere his first stint at acting. Before The White Tiger, Adarsh also had an important role in another Netflix property, Deepa Mehta's series Leila, where he played the role of Naz Chowdhury. But did you know his first film was a biggie, being directed by Karan Johar and starred Shah Rukh Khan and Kajol in the lead?

Watch the trailer of The White Tiger:

Adarsh had made his big-screen debut in the 2010 film My Name is Khan, in which he had played the teenage version of Shah Rukh Khan's Down syndrome-afflicted character, Rizwan Khan. Although he had a brief screentime, his scene was very memorable, as teenage Rizwan helps in deflooding his master's chawl from accumulated rainwater using a cycle. This later plays a part when the adult Rizwan helps in rehabilitating the hurricane-affected residents of Wilhelmina. 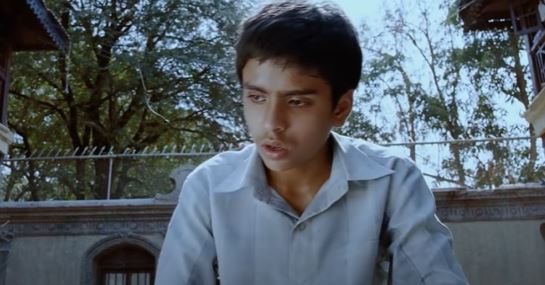 Adarsh Gourav in My Name is Khan

Interestingly, another child actor who played an even younger version of Rizwan -  Tanay Chheda - had an important role in another crossover movie, the Oscar-winning Slumdog Millionaire. Some of the critics who reviewed The White Tiger claims it to be an anti-dote to Slumdog Millionaire's depiction of India. The White Tiger: Nick Jonas Reviews Wifey Priyanka Chopra’s Netflix Film; Calls It 'Unreal' and Hails PeeCee as 'Exceptional'!

Returning to Adarsh Gourav, he also had a supporting role in the late Sridevi's 2017 film, Mom. Even though he played a teenager, Gourav's character Mohit was one of the villains who sexually assaults the stepdaughter of Sridevi's character, played by Pakistani actress Sajal Ali.

The same year, he had a starring role in the drama, Rukh, that also had Manoj Bajpayee also in the lead role.

Adarsh was also part of series like Hostel Daze and Die Trying. Now with The White Tiger, we are certain that Adarsh will go miles with the performance he has delivered in the film.

(The above story first appeared on LatestLY on Jan 22, 2021 07:12 PM IST. For more news and updates on politics, world, sports, entertainment and lifestyle, log on to our website latestly.com).