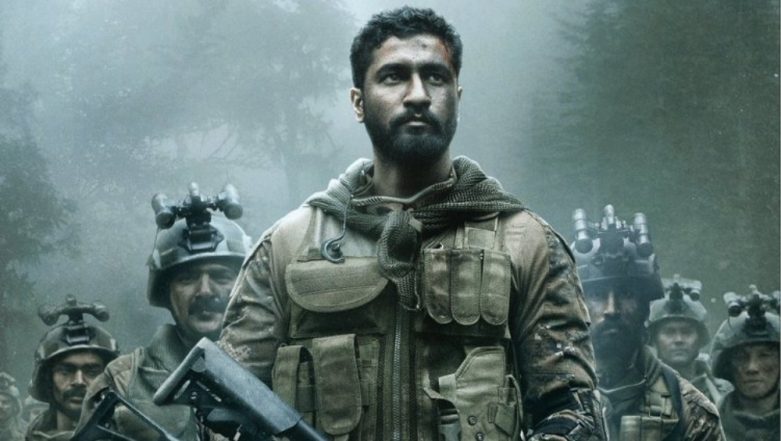 Vicky Kaushal and Yami Gautam's Uri: The Surgical Strike has hit the theatres today, January 11, and according to early reports the film has opened pretty well in the morning shows. Directed by Aditya Dhar, Uri as a film didn't manage to wow the critics but Vicky's solid performance has been lauded by everyone. Based on the true events of India's 2016 surgical strike, the action film also stars Paresh Rawal and television actor Mohit Raina in important roles. As per BoxOfficeIndia.com, Uri has gotten off to a good start at the cinema halls by witnessing 20-25% occupancy. Uri Movie Review: Vicky Kaushal's Josh-ila Performance is One Big Reason To Watch This Fallacious War Drama.

The report stated, "Uri opened pretty well at around 20-25% which is a healthy start for this film. It is an action film but not Baaghi 2 type which will set the box office on fire. The film is patriotic but generally, the patriotic ones which do big business have their hearts on the sleeve and a film like Manikarnika releasing in a few weeks is actually in that zone."

The BoxOfficeIndia report further pointed out that Uri will majorly attract the multiplex audience and is expected to grow over the weekend. But what's really important for the film is to pass the crucial Monday test and sustain over the coming weeks.

Apart from Uri, Anupam Kher starrer The Accidental Prime Minister has also released today. As per BoxOfficeIndia.com, the controversial film also had a decent occupancy of 15-20% in the morning shows. The report said, "There has been a controversy surrounding the film which has helped. The film has occupancy which is 30-40% lower than Uri but collections could be 50-60% lower as Uri has more screens and capacity." The Accidental Prime Minister Movie Review: Akshaye Khanna and Anupam Kher Make This Part-Satire, Part-Propaganda Watchable!