Vir Das: Shooting Comedy Standups Is like Shooting a Piece of Cinema 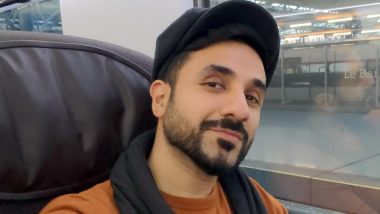 Comedian and actor Vir Das has talked about what it takes to make a stand up comedy and he shared that it is like shooting a piece of cinema. "It takes a lot. Shooting comedy standups is like shooting a piece of cinema. It really is! In terms of it takes cameras, there's directors, audiences, lightings. It is very much like making a movie. In fact much tougher because you're making a one hour movie in one day and you spend many many months preparing it," Vir told IANS. Vir Das – Outside In Lockdown Special Review: Not The Gags But The Sincere Intentions Make You Adore This Netflix Stand-Up Act

The special captures the mundane aspect of being stuck at home, besides heartwarming stories about everything that lockdown put us through. The show primarily unfolds through conversations Vir Das has with the audience.

(The above story first appeared on LatestLY on Dec 20, 2020 06:46 PM IST. For more news and updates on politics, world, sports, entertainment and lifestyle, log on to our website latestly.com).