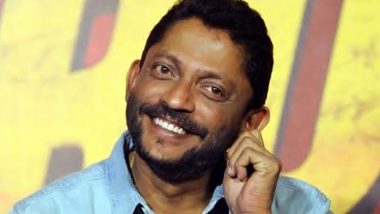 Ajay Devgn's Drishyam director, Nishikant Kamat has been hospitalised in Hyderabad and is said to be in critical condition. As per reports in SpotboyE, he suffered from liver cirrhosis in the past and the same has relapsed. When his condition worsened, he was immediately rushed to the hospital. More details about his health are awaited and we are expecting an update in the next couple of hours. Shooting of Mohanlal’s Drishyam 2 to Begin By mid-August?.

Interestingly, Kamat's directorial, Drishyam recently completed five years a few days ago and Tabu had taken to her Twitter account to reminisce her experience. The director had also tried his hand at acting in John Abraham's 2016 release, Rocky Handsome where he played a negative role. The director is currently working on his next project, Darbadar that's slated to release in 2022. However, there are chances that the film may get delayed after his recent health scare.

Besides, Drishyam, Nishikant has also directed films like Madaari, Mumbai Meri Jaan and others. His directorial debut, however, was a Marathi movie, Dombivali Fast which earned critical as well as box office success.

We wish him a speedy recovery.

(The above story first appeared on LatestLY on Aug 11, 2020 10:26 PM IST. For more news and updates on politics, world, sports, entertainment and lifestyle, log on to our website latestly.com).