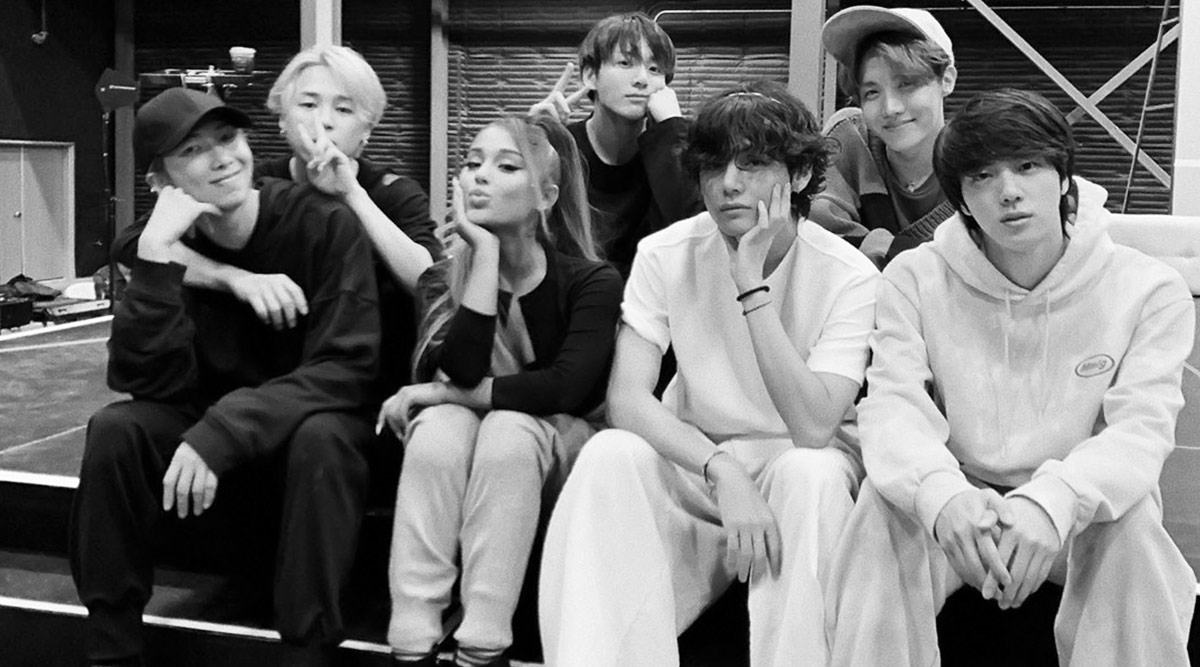 Grammy Awards 2020 are all set to take place on Sunday, January 26 and artists are gearing up to put up some stunning performances for their fans at the coveted awards ceremony. While pop sensation Ariana Grande will take to stage to belt out her hits, the world-famous K-Pop band, BTS too will be performing at the awards. According to Variety, the group will be joining American rapper Lil Nas X for his performance of “Old Town Road” and we bet you can't wait to see it. Grande and BTS both are artists with a massive fan base and you can only imagine what will happen if they happen to come together for a picture, well that's viral content isn't it? Grammy Awards 2020: Where To Watch, Who Is Hosting, Who Will Present? All You Need To Know.

Recently, Ariana Grande took to Instagram to share a picture with the K-Pop band and wrote, "look who i bumped into at rehearsal." The picture shows Grande posing with the band members and everyone except Yoongi is there. It's amazing to see Grande back to Grammys given that she boycotted the awards last year due to disagreements with producers about her performance, and she and fans both were pretty disappointed with that result. As soon as Grande posted this picture, fans of the artists commented on it calling them a 'dream team'.

look who i bumped into at rehearsal :)

The picture also sparked speculations that Grande may be performing along with the "Boy With Luv" singers. As for BTS, the band hasn't gotten a single nomination at this year's awards. Among the nominees this year, Lizzo secured the numero uno position with as many as eight nods, followed by Billie Eilish and Lil Nas X with six nominations each. This year's Grammys are being held at Los Angeles’ Staples Center on Sunday, January 26. The live awards will air at 8 p.m. ET/5 p.m. PT on CBS.