Death on the Nile: More Than ‘Blink-and-Miss’, Let a Hercule Poirot Fan Tell You What Ali Fazal Is Doing in Gal Gadot’s Mystery Thriller (SPOILER ALERT) 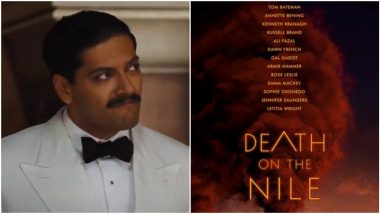 Ali Fazal in Death on the Nile Trailer; Poster of the film (Photo Credit: 20th Century)

The first trailer of Death on the Nile dropped on the evening of August 19, and it has become a much talked about video since then. The Indian fans are curious about the film because it has a Bollywood star Ali Fazal as part of the starry cast. In the movie, Ali Fazal would be seen along with the likes of Kenneth Branagh, Tom Bateman, Annette Bening, Russell Brand, Dawn French, Gal Gadot, Armie Hammer, Rose Leslie, Emma Mackey, Sophie Okonedo, Jennifer Saunders, and Letitia Wright. That's some cast indeed! Death on the Nile Trailer: Gal Gadot, Ali Fazal, Armie Hammer Are Poirot's Murder Suspects in New Agatha Christie Adaptation.

For those who are unaware, Death on the Nile is a sequel to 2017's Murder on the Orient Express, where Branagh had played the role of the brilliant detective Hercule Poirot, which he is reprising in the sequel too. Both the films are directed by Branagh. If you are an Agatha Christie fan, you know that these movies are based on her novels by the same names. There have been earlier adaptations of the films, and in the case of Death on the Nile, the 1978 version is the more famous one.

So what is Ali Fazal is doing in the film? While the trailer has underplayed his part in the film, it doesn't mean that he has a small role at all. Or like one publication put it, that riled up actress Richa Chadha (understandably) who is also Fazal's fiancee, it isn't just a 'blink-and-miss' in the film.

Dear @IANS , what’s with the headline? Past 2 months you were crying that outsiders face discrimination. So how about the role of the media in discrediting their achievements? Shall I send over cutlery so you can eat your words after you watch the film? https://t.co/jJORy6lpMB

Ali Fazal is playing the role of Andrew Katchadourian, which if you have read the book or seen the earlier movie, may look like he is not part of both. That is if you go by his surname. In both the book and the 1978 adaptation, Death on the Nile had a character of Andrew Pennington. George Kennedy had played the role in the film.

Watch the Trailer of Death on the Nile:

Pennington is an attorney and the trustee of the wealthy heiress, Linnet Ridgeway-Doyle (played in the remake by Gal Gadot). Being a greedy man, he has been embezzling money from Linnet. When she is mysteriously killed on the cruise while vacationing in the Nile with her husband (played by Armie Hammer in the remake), he is also on the same boat and thanks to his motives, becomes one of the suspects. Therefore it is one of the major characters in the film, which you can also see in the way Ali Fazal has been placed in the cast billing in the new poster of Death on The Nile. 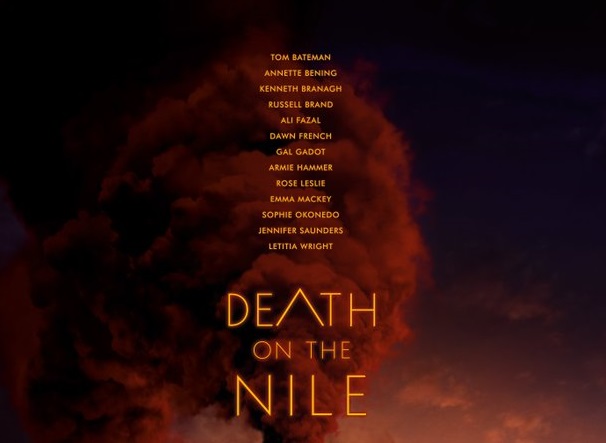 Death on the Nile poster

The reason why Andrew Pennington has become Andrew Katchadourian in the remake has more to do with the ethnicity, I guess. Pennington was American, and so was the late George Kennedy who played him in the 1978 movie. So it wouldn't make sense to make Fazal, a distinctly South Asian actor to play a white American. So the makers seem to have given him an Armenian heritage, as the surname suggests. Interestingly in his Hollywood debut in Furious 7, Fazal had played a Middle-Eastern guy.

So is Andrew the real killer? If you have seen the earlier versions or read the book, you would know the answer for this. If you haven't, we are not going to spoil the suspense for you. Poirot wouldn't want that!

Though we are not sure that, like Andrew's ethnicity, Branagh has also changed the premise of the film to surprise the viewer. His take on Murder on the Orient Express was different when it comes to treatment and had certain character changes, but it stayed true to its adaptation in its spirit and in how Poirot solves the mystery. So maybe we can expect the Death on the Nile to go the same route. At least, it looks really stylish in the trailer, and we are also impressed with Fazal's mustache!

Here's what the director Branagh has to say about Fazal as an actor, "Ali was a joy to work with, an absolute joy. He’s a total pro. He’s a real details man. He was completely caught up in how the character looked sounded and was able to be very precise, but also very playful. He could improvise when I asked him to improvise." Death on the Nile is releasing in theatres on October 23, 2020. That is if COVID-19 permits!

(The above story first appeared on LatestLY on Aug 20, 2020 04:33 PM IST. For more news and updates on politics, world, sports, entertainment and lifestyle, log on to our website latestly.com).