Joel Schumacher, Director of The Lost Boys and Batman Movies, Dies At 80

Director Joel Schumacher, who was the man behind the lenses for films like The Lost Boys, St. Elmo's Fire and two Batman films, passed away in New York on June 22, 2020. 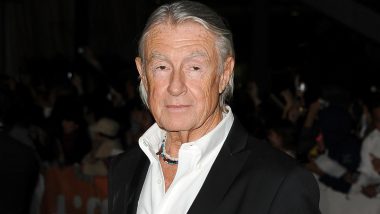 And the world has lost yet another movie stalwart. Director Joel Schumacher, who was the man behind the lenses for films like The Lost Boys, St. Elmo's Fire and two Batman films, passed away in New York on June 22, 2020. He was 80 at the time of his death and was said to be suffering from cancer for over a year. The director's publicist confirmed the news to BBC. Schumacher's The Lost Boys actor Kiefer Sutherland also confirmed the news in a farewell post for the director. Robert Pattinson's 'The Batman' Director, Matt Reeves Picks His Favourite Batman Movie of All Time.

Joel was a fashion designer before filmmaking caught his interest and he shifted careers. After writing screenplays for Sparkle, The Wiz, and Car Wash, Joel made his debut with the comedy film The Incredible Woman in 1981. However, he struck gold with St. Elmo's Fire and The Lost Boys that are considered his biggest hits. Val Kilmer's Batman Forever Had a Subplot of Bruce Wayne Discovering that His Parents' Death was His Fault.

He then went on to direct A Time To Kill, The Client and then landed Batman Forever in 1995 (Val Kilmer). After the movie became the highest-grossing opening, he was brought on to direct Batman & Robin, which received mixed responses but forced Warner Bros to cancel the next planned Batman movie with him. Val Kilmer Opens Up on Why He Walked Away from Playing Batman After Just One Film.

Joel Schumacher was also openly gay at that time and there was always a hint of the same in his movies, a move that was bold and appreciated at that point of time. Nevertheless, the director had a vast profile of work to show off and will be deeply missed. Our deepest condolences are with his family.

(The above story first appeared on LatestLY on Jun 23, 2020 08:27 AM IST. For more news and updates on politics, world, sports, entertainment and lifestyle, log on to our website latestly.com).