Korean actor Kim Seon-ho Apologises To Fans And Ex-girlfriend; Here's All You Need To Know About The Controversy

Korean actor Kim Seon-Ho released a statement via his agency where he apologised for his inconsiderate behaviour towards his Ex-girlfriend. Here's a rundown of the entire controversy 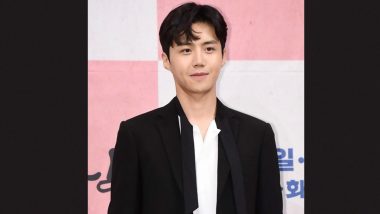 Fresh from the success of Hometown Cha-Cha-Cha, South Korean actor Kim Seon-Ho found himself in a spot. A woman accused the actor of urging her to terminate her pregnancy when they were dating. That left his fans shocked and shattered. Kim Seon-Ho in recent times, has managed to expand his fanbase. Welcome To Waikiki sequel and Start-Up have won the actor a lot of global fans as well and now with Hometown Cha-Cha-Cha, he has managed to win over some more Kdrama aficionados. Thus, a controversy like that has left his fans feeling tad betrayed. To top it all, he apologised for it as well which means he did what was alleged. Kim Seon-ho Apologises to Ex-Girlfriend After Abortion Claims, Gets Removed From a Popular Show

We have chronicled below the controversy as it happened:

On October 17, an anonymous post by a woman called A accused a certain Actor K of forcing her to abort her child when they were dating. They were together in 2020. He asked her to get an abortion in the pretext of getting married. The actor reasoned that it will impact his fame and his current projects. The woman also called him 'obsessed with money'.

Reporter turned Youtuber Lee Jin Ho revealed to the world the identity of Actor K. He named Kim Seon-ho as the man who made his ex-girlfriend terminate her pregnancy. The YouTuber in his broadcast said, "I knew Kim Seonho was in trouble with his ex-lover. The contents of the reports described by his ex-girlfriend match with various facts."

Soon enough, the actor's agency Salt Entertainment issued a statement urging people to have patience till they verify the facts of the case. They sought more time from their fans to understand the matter better.

As is customary in probably all over the world, the brands associated with Kim Seo-ho were quick to distance themselves from the actor. He was removed from Domino's Pizza and Canon Korea ads.  Kim Seon-ho, Soo Ye-Ji, Ji-Soo: Five Kdrama Actors Who Courted Shocking Controversies.

Finally after so much chaos, Kim Seon-Ho released a statement via his agency where he apologised for his inconsiderate behaviour towards the person in question. Soompi shared the letter where Kim Seon-Ho said, "I wanted to meet and apologize to her directly, but I am not able to properly convey the apology now and am waiting for that time to come. For now, I would like to genuinely apologize to her through this statement"

Of course, Seon-ho's fans are devastated with this admittance. It remains to be seen what happens to his upcoming projects.

(The above story first appeared on LatestLY on Oct 20, 2021 06:03 PM IST. For more news and updates on politics, world, sports, entertainment and lifestyle, log on to our website latestly.com).