Michael J Fox is turning 60 on June 9, 2021. For those who are not aware of Fox's legacy, he is a hero both on and off screen. The actor who was a popular teen sensation in the '80s is mostly famous for playing the lead in one of the best movie franchises of all time - Back To The Future. 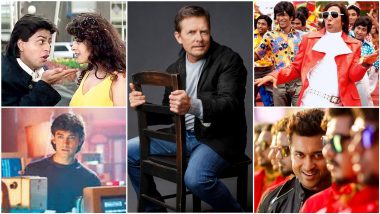 Remember that special Netflix India's David Letterman episode, where the popular conversationalist talked to Bollywood superstar Shah Rukh Khan? In that episode, Shah Rukh Khan revealed that his favourite Hollywood actor is Michael J Fox, and it was this actor's performances who inspired SRK to take up acting. King Khan had said on the show, "I grew up loving Michael J Fox, I think a lot of my acting and the way he used to use space and the ease with which he used to act in Family Ties and then, of course Back To The Future. So I am a big, big fan and I really look up to him for everything." Shah Rukh Khan's Sassy Replies and Revelations on David Letterman's Netflix Show My Next Guest Needs No Introduction Makes It a Must-Watch.

Michael J Fox is turning 60 on June 9, 2021. For those who are not aware of Fox's legacy, he is a hero both on and off screen. The actor who was a popular teen sensation in the '80s is mostly famous for playing the lead in one of the best movie franchises of all time - Back To The Future.

Some of the other popular movies where he played the main lead are The Hard Way, Teen Wolf, The Secret of My Success, Bright Lights, Big City, Casualties of War, The Frighteners and Doc Hollywood. He also played the lead the in the TV series Spin City for four seasons, before he retired from the show and was replaced by Charlie Sheen. He also had a supporting role in The Good Wife, while also hosting The Michael J Fox Show for a year. He had also voiced the titular white mouse in the live-action Stuart Little films. Michael J Fox Birthday Special: His Top 5 Moments from the First Back to the Future Movie.

Fox could have gone to greater heights when it comes to movie career, if he wasn't diagnosed with Parkinson's Disease way back in 1991. The discovery of his ailment sent the actor into alcoholism and depression, before he gathered his strength and began to spread more awareness about his disease. Which is what makes us say that he is a true hero in the real life.

Speaking of his movies, we have countered remakes of them in both Bollywood and South. Interestingly, one of SRK's earliest films, Raju Ban Gaya Gentleman was loosely inspired by The Secret of My Success. But there was another popular of King Khan that was heavily inspired by another MJF starrer, and that's Yes Boss. 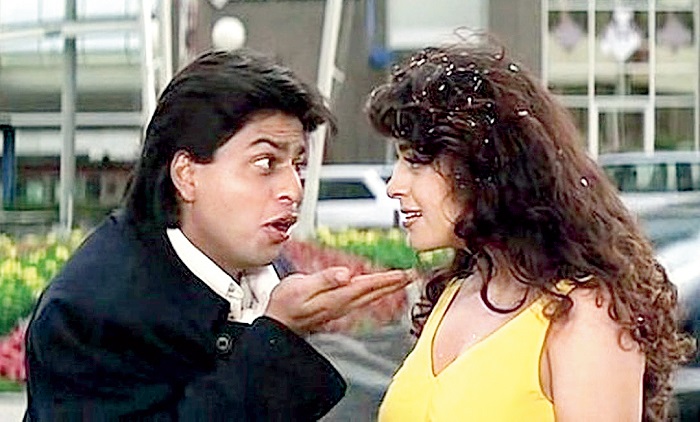 The romantic comedy came out in 1997 and was directed by Aziz Mirza. Yes Boss also starred Juhi Chawla and Aditya Pancholi. SRK played a sycophantic, self-centred employee working for his unscrupulous, womanising boss, and who dreams to own his own office one day. His main job is to clean up his boss' mess. However, the loyal employee begins to have a change of heart when he finds out that his boss' latest attraction is a girl he is fascinated with. Yes Boss was a big hit in the year, and songs from the film like "Main Koi Aisa Geet", "Ek Din Aap", "Jaata Hai Tu Kahan"etc.

The movie's premise is clearly lifted from the 1993 film For Love or Money. Here, Michael J Fox plays a smooth-talking hotel concierge with dreams to have his own hotel. He begins to cozy up to a devious billionaire, but had a moral conflict when both began to fall for the same woman. 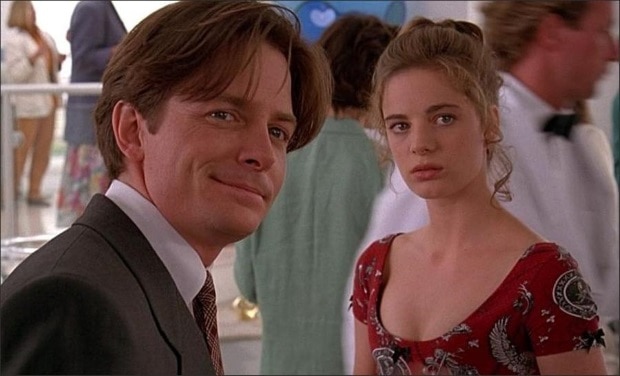 Michael J Fox and Gabrielle Anwar in For Love Or Money

SRK is not the only Bollywood actor who ended up in the remakes of Michael J Fox films. There is also Akshay Kumar who ended in two ripoffs of MJF starrers. One of them flopped at the box office, while the other was a big hit.

The flop movie is more known because it came at a time people were aware of films getting ripped off, thanks to the internet. It also helps that the inspiration was the hugely cult sci-fi comedy, Back To The Future. The 1985 movie sees its popularity only growing by the year, with Avengers: Endgame also name-dropping the film (along with Hot Tub Time Machine, of course, Sigh!) 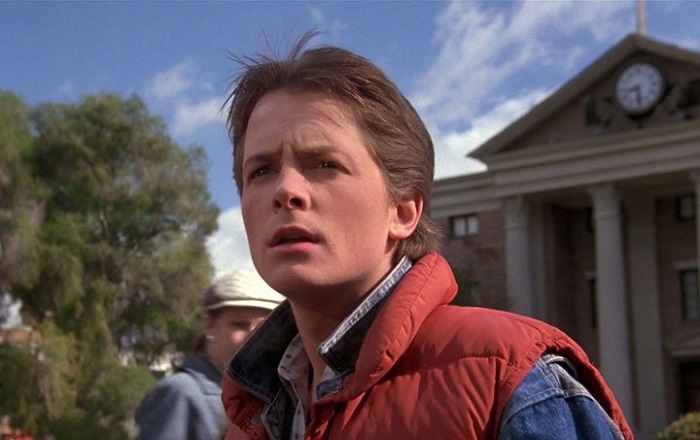 Michael J Fox in Back To The Future

Back To The Future's time-travel shenanigans inspired Vipul Shah to have his own version in Action Replayy. The romantic comedy that came out in 2008, focussed less on the Fox's character of Martin McFly, here played by Aditya Roy Kapur befor he hit the the big league. Instead the focus was more on the parents' love story, for they were played by the bigger stars, Akshay Kumar and Aishwarya Rai Bachchan. 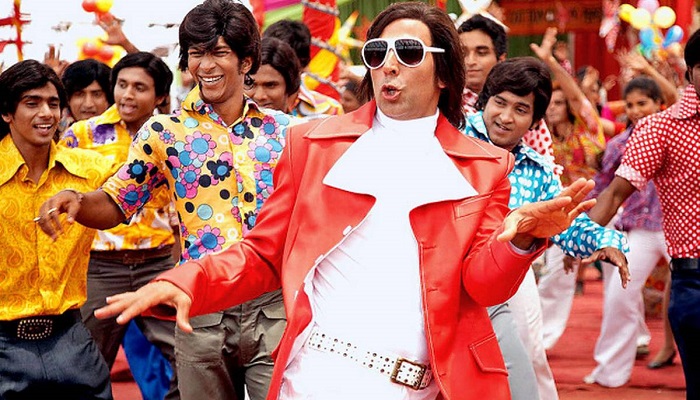 Those who have seen both the films can say that Action Replayy lacks the humour and the charm of the original, despite a funny performance from Akshay.

Interestingly, years before Action Replayy, the acclaimed director Shekhar Kapur had roped in Aamir Khan, Raveena Tandon, Naseeruddin Shah and Rekha for a film called Time Machine. The movie was said to be based on Back to the Future. Kapur, however, didn't complete the film as he shifted his focus to Hollywood, though some of the film's stills paved way online.

Aamir Khan in a still from Time Machine

Now let's talk about another popular Akshay film that was also an MJF remake. Main Khiladi Tu Anari is a film pretty popular among the '90s Hindi movie buffs. The 1994 buddy action comedy, directed by Sameer Malkan, had Akshay paired up with Saif Ali Khan. Saif plays a popular Bollywood star who wants to be a cop in his next, and he decided to buddy with an actual cop (played by Akshay) as part of his method acting. The movie also stars Shilpa Shetty and Rageshwari, and was a huge hit. 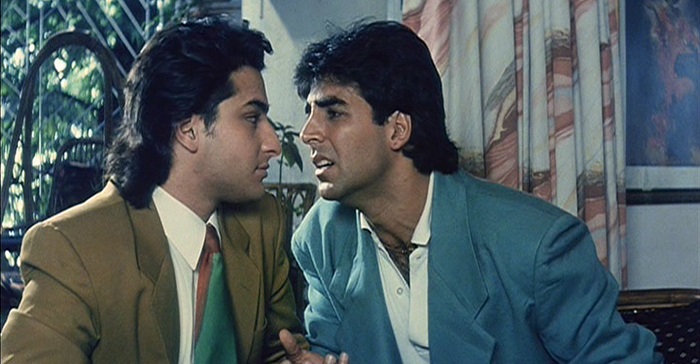 Main Khiladi Tu Anari, for those who was unaware, had based its premise on the 1991 film The Hard Way (with also inspirations from another cult Hollywood film Lethal Weapon). In The Hard Way, it is Fox who plays the movie star, who dogs a hardened cop, played by James Woods, as the latter tries to catch a serial killer. 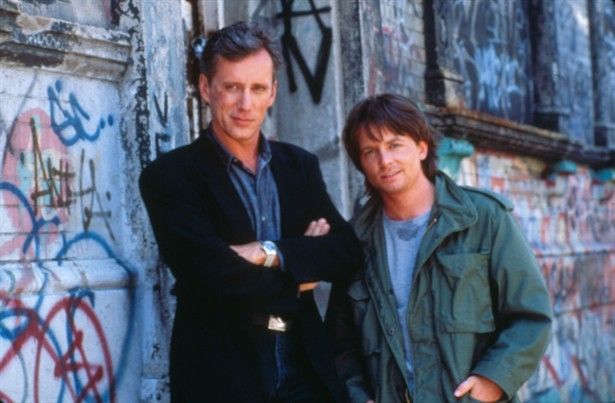 James Wood and Michael J Fox in The Hard Way

A little trivia about MKTA - Shah Rukh Khan was approached to do Saif's role in the film, as per certain reports. This would have given the star an earlier opportunity to take on the role that was once played by his favourite star.

Now let's move South, first to Malayalam cinema. Director Priyadarshan is known for his family entertainers, but he has also gained notoriety for remaking films from other languages, unofficially of course. In 1987, he made a campus thriller in Cheppu, starring Mohanlal in the lead. Mohanlal played a recently joined professor of a college who clashes with a gang of rowdy students, led by a psychopathic rich brat (KB Ganesh Kumar).

A Still from the movie, Cheppu, featuring Mohanlal

Cheppu was the remake of the 1982 Hollywood thriller, Class of 1984, starring Perry King (as the professor) and Timothy Van Patten (as the gang-leader). A young Fox had a supporting role of that of one of the professor's ill-fated students. 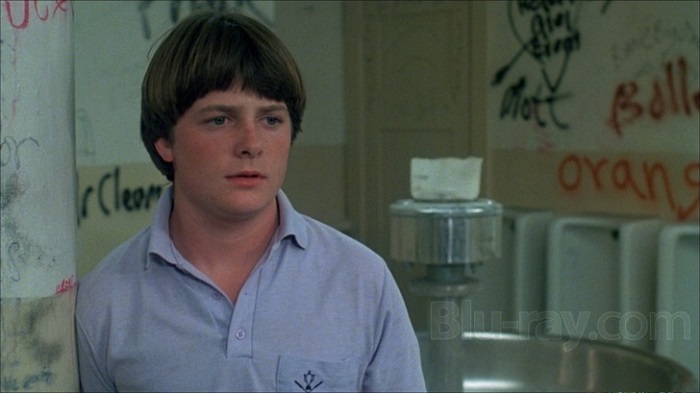 Class of 1984 also inspired another South film, having another superstar. Kamal Haasan's 1994 film Nammavar is a loose remake of the movie, though it seeks for a more redemptive closure than the bleak, violent ending of the original and the Malayalam remake. 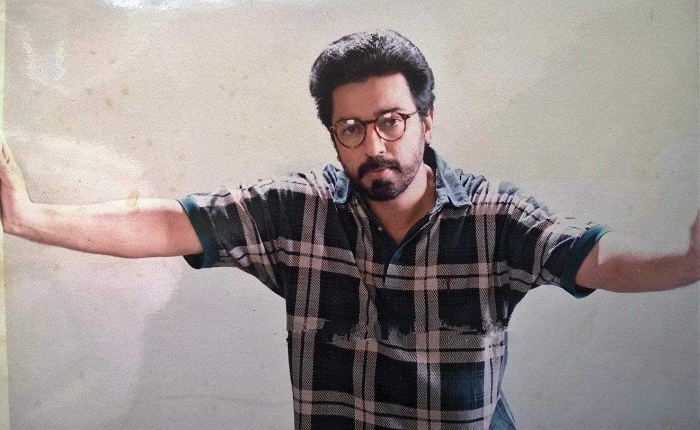 Continuing with Malayalam cinema, Fox's 1994 comedy Greedy, co-starring the late Kirk Douglas, also finds not one but two remakes in Mollywood. The movie was about how the greedy family members of a wheel-chairbound rich man try to bring an estranged relative to get his riches. 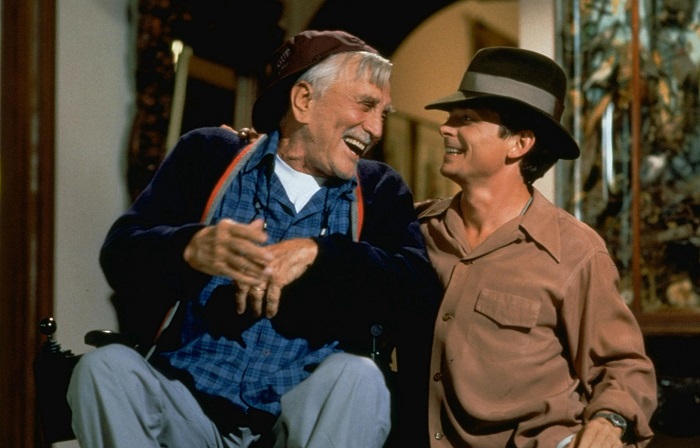 Returning to this century, we also have Suriya in an MJF movie remake. In 2015, Suriya starred in Massu Engira Masilamani, a supernatural action-comedy that was directed by Venkat Prabhu and also stars Nayanthara. Suriya had a double role in the film, where one of his characters finds himself interacting with ghosts after a near-fatal accident, and he sees it as a money-making opportunity. 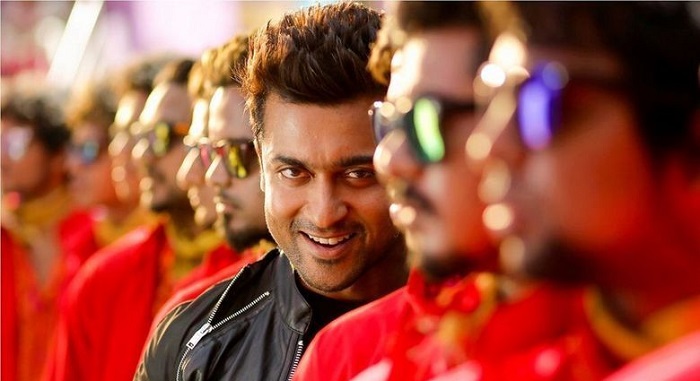 Although Massu later turns into a revenge thriller with social elements, its basic thread was lifted from Fox's 1996 film The Frighteners. The horror-comedy was directed by none other than the future Lord of the Rings helmer Peter Jackson. 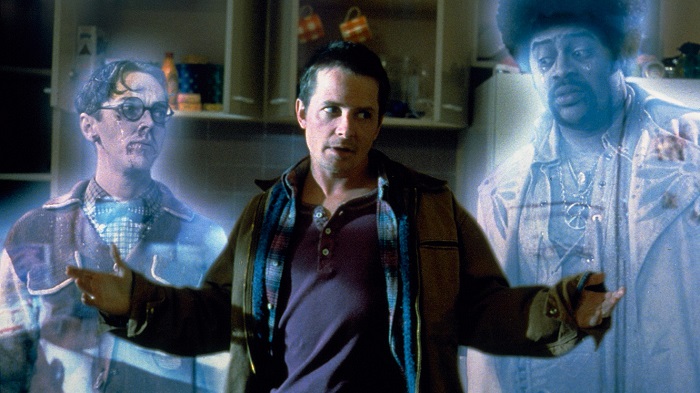 Michael J Fox in The Frighteners

Did we miss out on any other remakes of movies starring Michael J Fox? Do enlighten us in the comments section below.

(The above story first appeared on LatestLY on Jun 09, 2021 01:50 PM IST. For more news and updates on politics, world, sports, entertainment and lifestyle, log on to our website latestly.com).