Not Johnny Depp, But Dwayne Johnson Was The First Choice to Play Willy Wonka in Tim Burton's Charlie And The Chocolate Factory

Hollywood star Dwayne Johnson has revealed that director Tim Burton once considered him to play Willy Wonka in his 2005 film "Charlie and the Chocolate Factory". 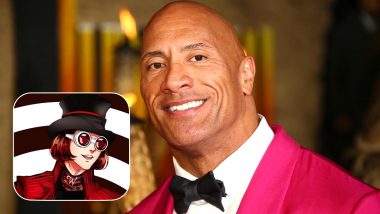 "I remember thinking 'HOLY S***, I'M IN. But that was many years ago when I was just starting out in Hollywood, with no foundation of global box office strength or any real acting experience to pull it off," he wrote in the caption.

Johnson had his first acting role in "The Mummy Returns" (2001), and played his first lead role in its spin-off "The Scorpion King" (2002). As for Willy Wonka, Johnny Depp eventually went on to star as the famous candy man in Burton's adaptation of the Roald Dahl children's novel. The director and Depp had already worked together on films such as "Edward Scissorhands", "Ed Wood", and "Sleepy Hollow". Noah Centineo to Star As Atom Smasher in Dwayne Johnson’s DC Movie Black Adam

"The fact that Tim even considered me (albeit I'm sure he considered for all of seven seconds) sure meant a helluva lot to me as I was just breaking into the business with no idea what the future had in store. "I'll always raise a glass to the dreams that don't come true, because sometimes they're the best thing that never happened. #BigBrownBaldTattooedWonka," the "Jumanji" star said.