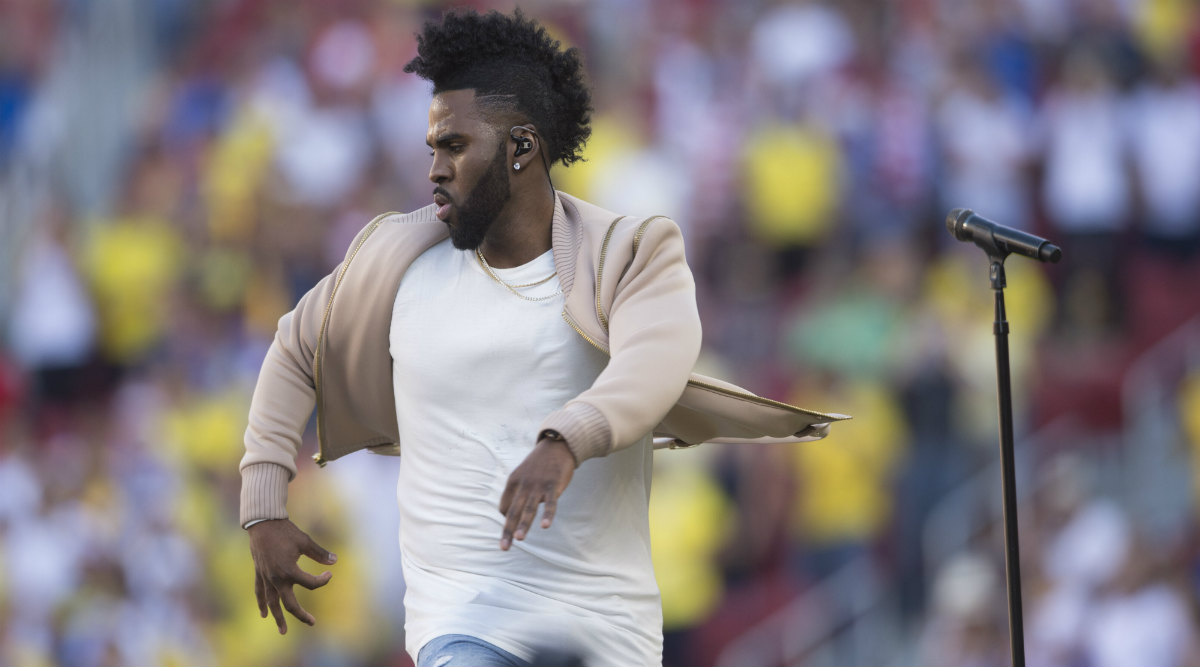 The "Swalla" hitmaker drew attention to his bits last week when he lashed out at Instagram for taking down a photograph of him in a pair of underpants because it breeched their "nudity and sexual activity" guidelines, reports femalefirst.co.uk.

The hunk uploaded a screenshot of the warning he received from the photo-sharing site and captioned it: "F*k u mean? I have underwear on... I can't help my size. #bringbackAnaconda."

Jason left fans feeling a little hot under the collar when he shared the sexy image - which showed off his killer abs, bulging biceps and his toned thighs - and bragged about the size of his manhood when fans questioned what he had hiding.