Well, all the '90s kids know where that's going. Soon enough, the new generation of viewers will also learn all about The Powerpuff Girls. A live-action adaptation of the popular Cartoon Network animated series is in early stages of development at The CW. 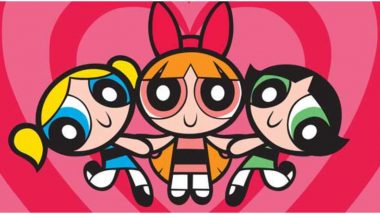 "Fighting crime, trying to save the world, here they come just in time..." Well, all the '90s kids know where that's going. Soon enough, the new generation of viewers will also learn all about The Powerpuff Girls. In this era of the live-action adaptation of popular content - Riverdale from Archie Comics, The Boys, MCU, etc etc - a piece of news about another one of those still got us excited. A live-action adaptation of the popular Cartoon Network animated series is in early stages of development at The CW. Major Matt Mason: Tom Hanks to Star in Mattel Toy Figure Live Action Movie.

In the new series, the three superheroines - Blossom, Bubbles and Buttercup - will be all grown. As per a report by Variety, they resent having spent all their childhood fighting crime. There will be a chance for a reunion when the world would need them again. Aquaman Star Jason Momoa Will Lend His Voice to Frosty The Snowman in Warner Bros' Live-Action Movie.

As per the report,  the project is the brainchild of writers and executive producers Heather Regnier and Diablo Cody. Greg Berlanti, Sarah Schechter, and David Madden will executive produce via Berlanti Productions. And, Warner Bros. Television will produce the seemingly exciting project. Jude Law to Play Captain Hook in Disney’s Live-Action Peter Pan Movie.

The Powerpuff Girls was created by Craig McCracken. The series ran for 78 episodes between 1998 and 2005 spawning six seasons. An animated movie was also released in 2002. The series was rebooted in 2016 with a new voice cast. The show follows three kindergarten girls, Blossom, Bubbles and Buttercup, who were accidentally created by Professor Utonium when he added the mysterious chemical X into a concoction of sugar, spice and everything nice.

(The above story first appeared on LatestLY on Aug 25, 2020 01:46 PM IST. For more news and updates on politics, world, sports, entertainment and lifestyle, log on to our website latestly.com).