Valentine's Day 2020: Marriage Story, La La Land, Her and Other Films That Show Love is Beyond Just Happy Endings 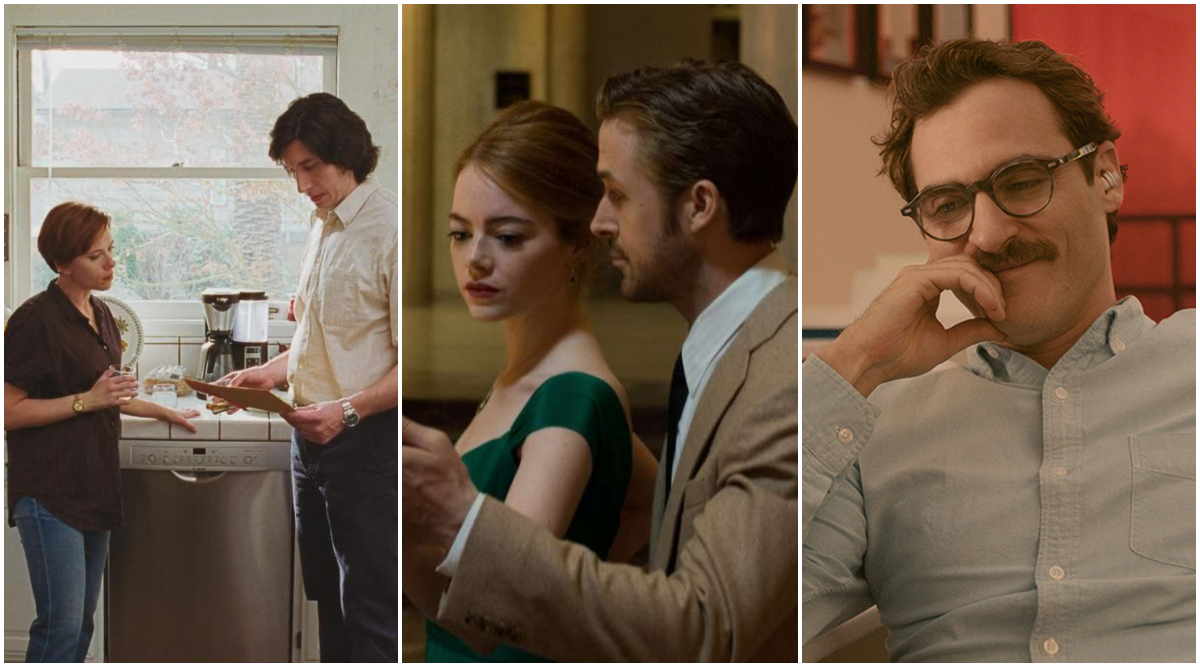 For most people, any kind of holiday season, be it Christmas, New Year and just a few months later Valentine's Day, is all about snuggling under a blanket and watching films. Movies make for a transcendent experience. For the lonely souls, they are like a warm hug, for a couple in love they are about finding a middle ground to for their tastes, for families the collective viewing experience is like one big reunion. With Valentines' Day right around the corner, I found myself trying to look for things beyond the common concept of love that also celebrate the feeling, the idea, the relevance and more importantly impact of it and what better than to it with films. Marriage Story Movie Review: Scarlett Johansson and Adam Driver's Emotionally Charged Performances in This Separation Drama Will Leave You Moist Eyed.

Romance dramas and romantic comedies, in general, maybe the most crowded film genres across movie industries. With heaps of template films, celebrating the 'meet-cute' element,  boy-meets-girl, they-fall-in-love and a happily ever after follows releasing in abundance every year. One has to look a little far to find imperfect romances that are actually the most perfect. The films that talk about the 'after' of the Happily-ever-after' or what happens when the laundry day is here. In reality, more often than not the 'happily-ever-afters' are shortlived and only a few films manage to capture the love that stays on like a scar from an accident even after the damage is all done.

Finding Love in a Separation:

Luckily, I didn't have to look too far to find a film capturing the feeling of love that sticks around even when there are differences given that one of this year's Oscar nominees, the moving separation drama, Marriage Story does just that. Noah Baumbach does something so magical with this film that he gives us a love story in a divorce drama. Charlie (Adam Driver) and Nicole (Scarlett Johannson) realise over time that they were never on the same page and it was and it is only Love that made them compromise on things and leave matters unsaid, but it's also Love that is now forcing them to separate. They know what they cherish and appreciate about each other but that's not enough to share a life together. It's how Nicole (Johansson) puts it, "We don’t have a marriage anymore. I know you don’t want the disruption, but you don’t want to be married. Not really." 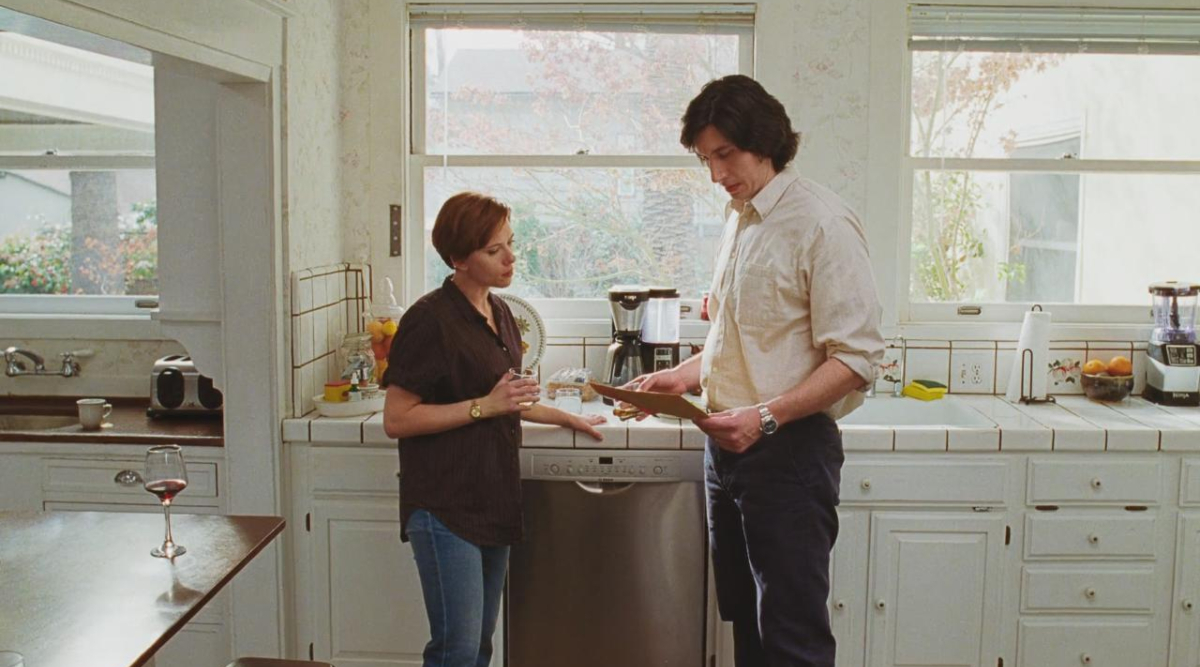 In a similar manner, Woody Allen's famed classic, Annie Hall starring him and Diane Keaton in lead reflected on the nature of relationships in a fascinating manner. Sure, Alvy (Woody Allen) and  Annie  (Diane Keaton) don't end up together but the love is always there and it's evident, in Alvy's play where his lead characters fulfil the dream of him and Annie ending up together. Allen even puts it why fictional happy ending can be satisfying as he says, "You know how you're always trying to get things to come out perfect in art because it's real difficult in life.” Even in the last scene as you see them catching up, it's clear that Alvy and Annie will always carry a piece of each other within themselves even if they lose touch as the feelings of love will transcend into nostalgia over the years. 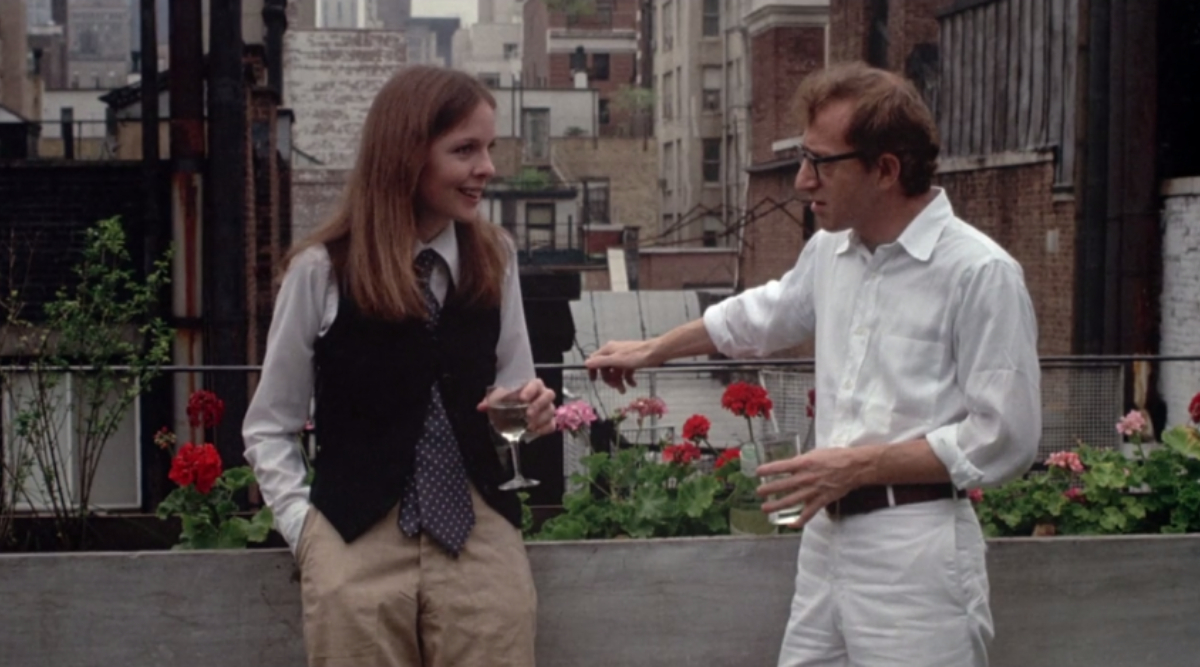 Although nostalgia doesn't always have to come with a smile on your face despite the happy memories. After all, in Call Me By Your Name when Oliver (Armie Hammer) responds to Ellio (Timothee Chalamet) saying, "I remember. I remember everything" as they speak over the phone, years after spending a magical summer together, it makes your heart sink, doesn't it? That's the power of nostalgia. Unfortunately, Oliver and Ellio's relationship doesn't end on a happy note and the final scene of Ellio sitting by the fireplace shedding tears is probably the most beautiful visual portrait of heartbreak, especially for a first love. Not to mention the sense of equal dejection, one feels in Oliver's tone over the phone when he whispers 'Oliver' and for the last time as he calls the love of his life by his (own) name. It's not the kind of closure either of them wants but that's the way it is. Year Ender 2019: Harry Styles, Timothée Chalamet, Billy Porter Ditched Conventional Looks to Become Hollywood's Best Dressed Men (See Pics). 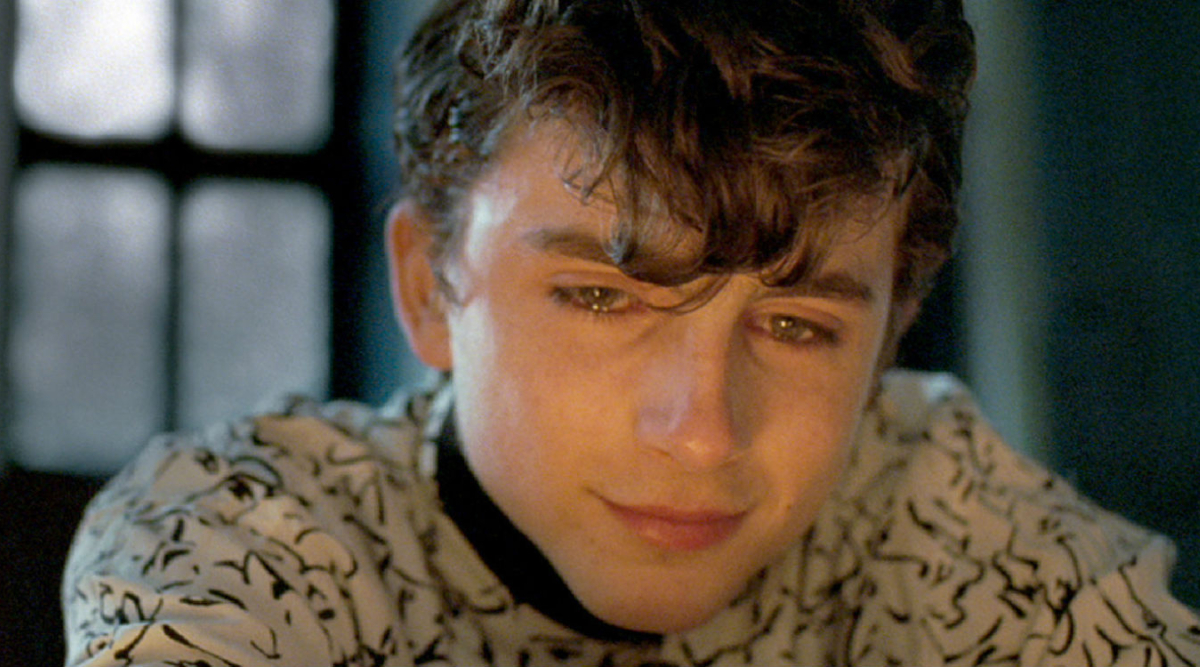 Timothee Chalamet in Call Me By Your Name (Photo Credits: Twitter)

In real-life romance, closure is never the goal you always want something more. It's like the final sequence of Damien Chazelle's La La Land where Sebastian (Ryan Gosling) and Mia (Emma Stone) watch in each other's eyes, the 'could have been' of their relationship. Sure, it didn't work out that way but the sheer happiness of both achieving their dreams and how they have been the catalysts for each other's success even as their relationship took a back seat is all conveyed in that one final gaze. Basically, love was and still is but it's just in a different stage now, upgraded maybe! 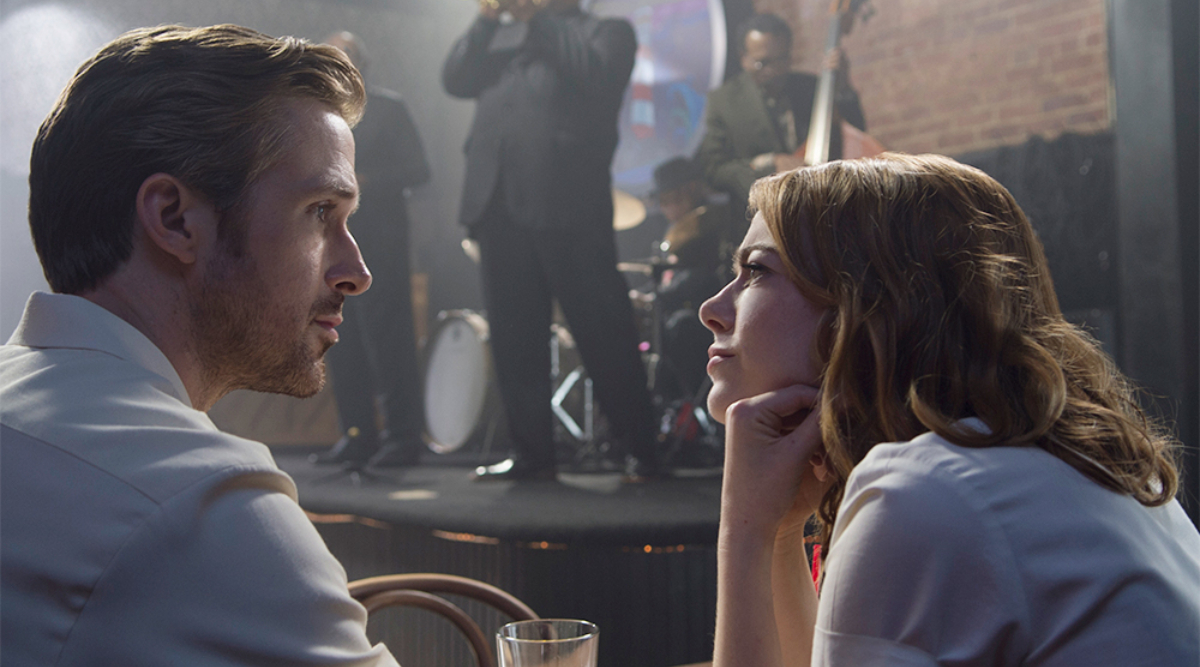 Love upgrades itself just like Theodore's (Joaquin Phoenix)  OS (operating system) named Samantha (Scarlett Johansson) in Her. Yes, it's an out worldly concept to watch Theo fall in love with his OS but then again, their relationship is as natural as any other given that feelings are involved. Every relationship comes with a takeaway and in this case, Theodore's healing (from his past) and Samantha is learning to have human experiences. Theodore and Samantha are never meant to be although their momentary indulgence could impact their lives forever and that's why they attract, connect, love and bond with each other. Who said love is conventional anyway? 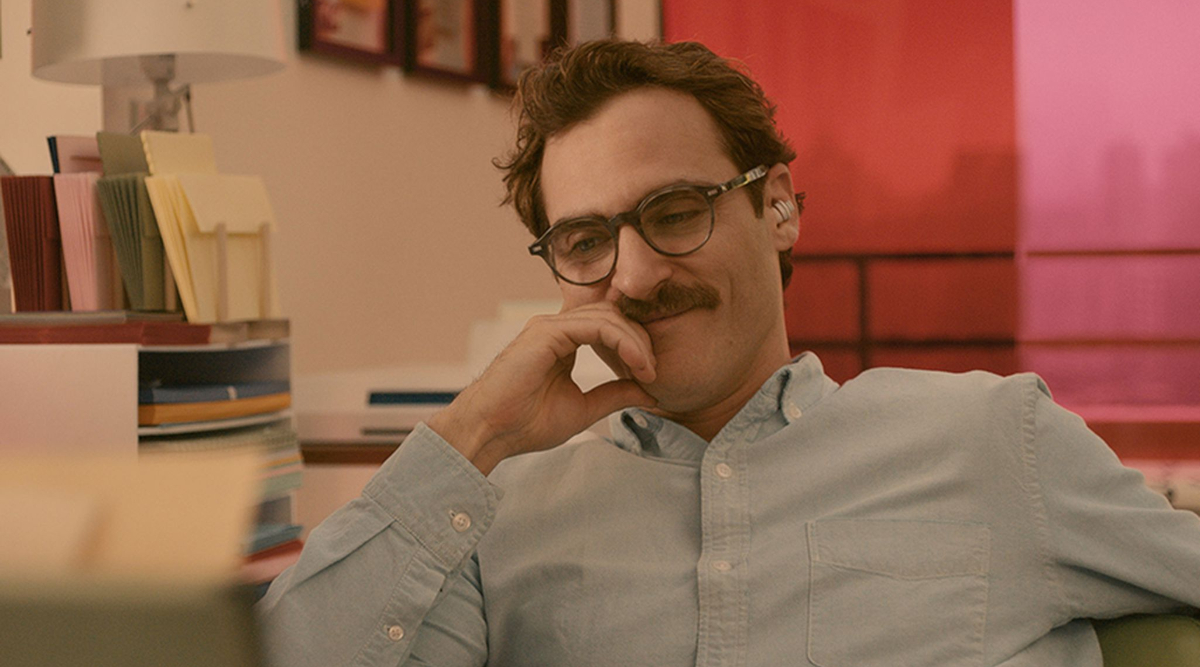 Somehow in most of these stories, I find the incompleteness fulfilling. Like everything in life, love doesn't have to reach its maximum potential while serving its purpose. Even a tinge of it can make a big difference and complete lack of it can wreak chaos.  It's messy, it's subjective, it withers, it makes comebacks but it never really leaves you empty. So this Valentine's day, don't try to perfect the imperfect, celebrate the inadequacies and differences in your love.