Wolverine in 2005’s Fantastic Four: Did You Know Hugh Jackman Had a ‘Cameo’ in Jessica Alba and Chris Evans’ Superhero Film? (Watch Video)

The most interesting part about the film was Hugh Jackman reprising his role as Wolverine in a quick scene that was unfortunately left out of the original cut. Read on. 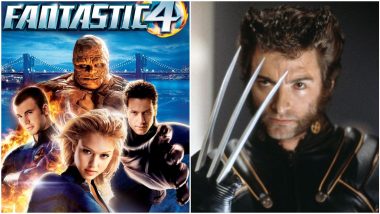 Back in the day when 20th Century Fox still had the rights to a bunch of Marvel characters, they were giving them film adaptations to bank on their popularity in pop culture. They started off with the X-Men films and then made other adaptations of characters like Daredevil. In 2005 they decided to give Marvel’s first family, Fantastic Four, a movie adaptation of their own and tapped Tim Story to direct it while Michael France and Mark Frost were handed the writing duties. Hugh Jackman Birthday Special: Here Are 5 Fitness Tips by Marvel Superhero to Stay Shredded.

Fantastic Four (2005) starred Ioan Gruffudd as Reed Richards, Jessica Alba as Susan Storm, Chris Evans as Johnny Storm, Michael Chiklis as Ben Grimm, and Julian McMahon as Victor Von Doom. The film told an origin story based on this group of Marvel characters and how they gained their powers. They also appeared in the 2007 sequel, Rise of the Silver Surfer.

Since  the film was backed by 20th Century Fox who owned the film rights to the Fantastic Four and X-Men, it opened a room of possibility for interconnecting cameos. Thanks to the critical failure of the Fantastic Four movies, that didn't happen. But we did see Stan Lee make his perfunctory cameos in both the FF movies.

Oh wait, and Hugh Jackman too!

Now before you go back to recheck how you missed the cameo of one of the world's most beloved stars, that too playing the role that made him beloved - Logan aka Wolverine - here's the catch.

The reason that you didn't see 'Wolverine' in the movie is because while the scene was shot, the 'cameo' didn't feature in the final film. It was later restored in the extended cut of Fantastic Four but it still would have been great to see Logan in a movie other than X-Men.

The scene followed Reed and Susan going out on a date, as Reed tries to woo her he briefly shapeshifts his face to that of Hugh Jackman’s Wolverine.  Reminiscence Trailer: Meet Hugh Jackman as a Private Investigator of the Mind in Lisa Joy’s Action Thriller (Watch Video).

To be fair, we don't really think Jackman appeared for the scene in person, as it feels a very bad CGI job. Just look at the below pic: 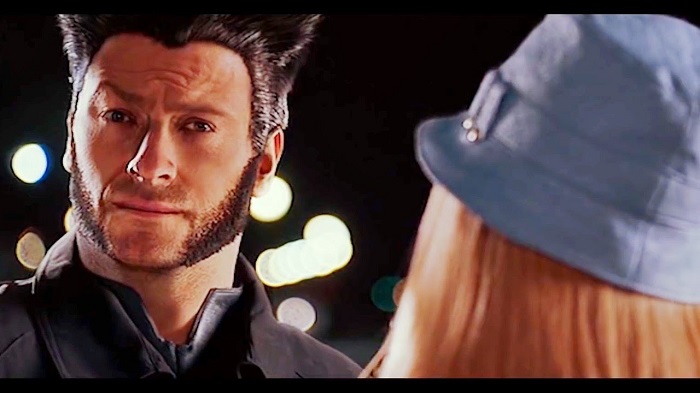 Did that just give you the creeps? Even Ryan Reynolds wearing Hugh Jackman's mask in Deadpool looked more authentic than this!

Still, the cameo could have bridged the X-Men and the Fantastic Four universe together as it would acknowledge that Wolverine does exist in that universe.

It would be fun to see what Fox’s version of the MCU would look like, but unfortunately, we may never get to know that due to the recent purchase of 20th Century Fox by Disney, and all the character rights reverting back to Marvel. A new Fantastic Four film directed by Jon Watts is on its way as it is going to be a part of MCU.

(The above story first appeared on LatestLY on Jun 11, 2021 06:10 PM IST. For more news and updates on politics, world, sports, entertainment and lifestyle, log on to our website latestly.com).