Mariah Carey Birthday: Without You to Fantasy - 5 Tracks Of the American Singer That Are a Must On Your 90s Playlist (Watch Videos) 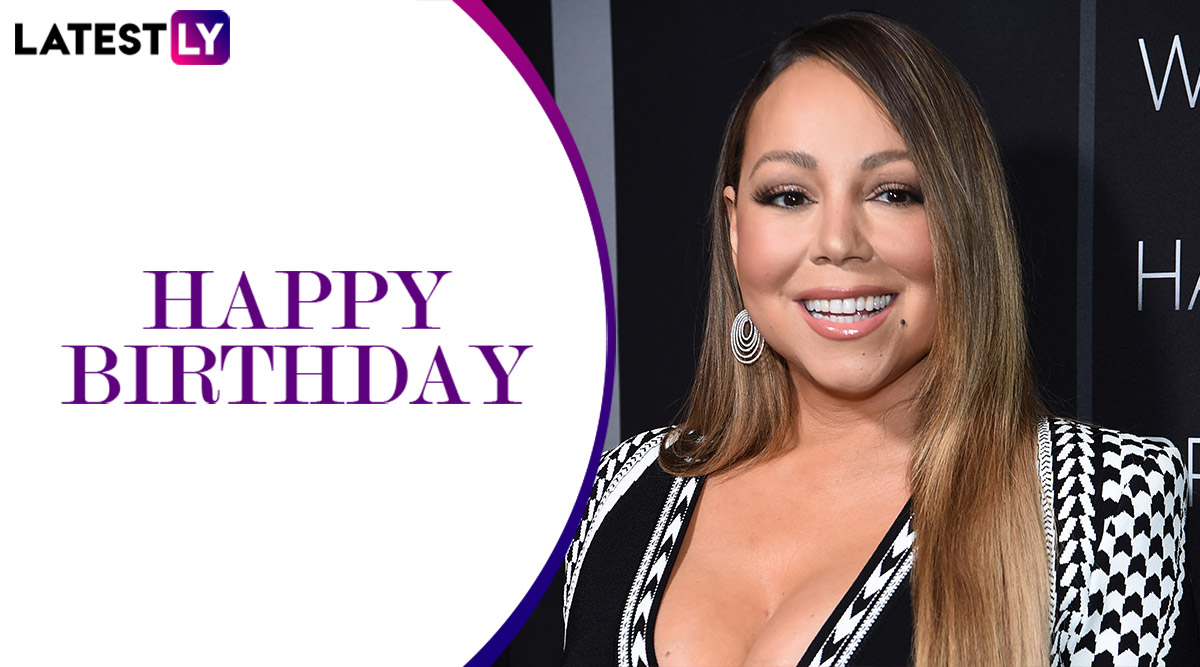 Every early 1990s playlist is incomplete without a Mariah Carey track. The American singer-songwriter is considered to be one of the most successful artists of all time and has churned out hits selling over 200 million records worldwide. One of her biggest hit till today remains to be "All I Want For Christmas is You". Carey is referred to as the "Songbird Supreme" by Guinness World Records, she is noted for her five-octave vocal range, melismatic singing style, and signature use of the whistle register. Carey is known for her timeless classics that belong in your playlist no matter what occasion.

With the current situation of coronavirus leaving everyone in gloomy mood, there's nothing better than music to give you a little bit of positivity amid this crisis. As Carey celebrates her birthday on March 27, we look at some of her biggest hits that you could listen to enjoy during your quarantine time. The singer is also set to be a part of an all-star benefit concert airing Sunday night online, titled Fox Presents the iHeart Living Room Concert for America. Ahead of that, here are her big hits.

This single from Carey's 1995's Daydream album, is one of her biggest hits and also made history as it became only the second in US chart history, and the first by a female, to debut on top the Billboard Hot 100.

2. All I Want For Christmas Is You

Every Christmas, we bet you play this song at least once. It is a must on the festive playlist. Released in 1994, it is Mariah's biggest international hit, and is the 11th best-selling single of all time.

Mariah released the cover of this song, originally a big hit by Harry Nilsson, a week after Nilsson passed away. In an interview, she said "I heard that song in a restaurant and just knew it would be a huge international hit."

This debut single by Carey was released in 1990 when she was merely 20 but thanks to her brilliant talent, it became a massive hit and showed that she was here for the long haul and was soon to become superstar.

Possibly the greatest songs given that two great artists like Carey and Whitney Houston came together for this track, this one is a must on your classics playlist. The song was a part of the soundtrack of Disney's The Prince of Egypt.

We hope you enjoy listening to these beautiful tracks by Carey on her birthday. Music can be a great healer and amid the COVID-19 crisis, you could let these classics put your mind off all the harsh realities for a bit.