Dulquer Salmaan celebrates his birthday today. Here're a few things about him that you probably aren't aware of 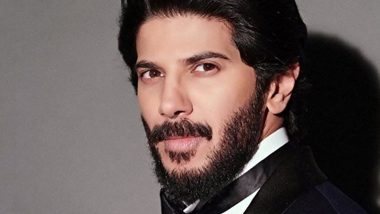 We are wired to look for tall, dark, and handsome men. Years of conditioning, we suppose. So with that kind of imagination in your head, it's difficult to find a perfect match. Dulquer Salmaan fits that category to the T. A perfect match, found and lost. He is married, ladies (ICYMI). We now make do by drooling over him while watching his movies. The best part is he is an excellent actor, brain and beauty in equal measures. Despite being Mammootty's son, he decided to take the unusual route for debut with the Second Show and since then, have been making quite amazing film choices to keep his audiences happy. Our favourite obviously is Ok Kadhal Kanmani! Prithviraj and Dulquer Salmaan’s ‘Alleged Rash Driving’ May Get Questioned by The Motor Vehicles Department

On his birthday today, let us tell you a few things about Dulquer Salmaan that you may have missed while fawning over him and his performances.

Dulquer told a portal that he wasn't big into acting in movies at all. "I never wanted to come to films. But somewhere down the lane my life became monotonous and routine and I decided to give acting a try and here I am," he said. We are so glad! Oh btw, he graduated from Purdue University in Business management.

#Not just an actor

That business degree, he did put it to use. Dulquer is also the director of a Bangalore-based Maternity hospital and has a dental business chain in Chennai. He also worked in a car trading portal before joining the film industry.

Dulquer got married to Amal Sufiya, an architect by profession in 2011. When asked why he married so early, he told Sify, "All the men in our family get married early and my mother was looking out for a suitable girl. She found Amaal Nizam an architect and I liked her."

#A Mammootty but not in name

Dulquer doesn't use Mammootty as his last name and the reason is his father. In an interview, Dulquer said, "I don’t look like him. I look like my mother, which has been a blessing. Plus my last name doesn’t have his name, and he did that when I was in school because he said he didn’t want me to get harassed."

#For the love of cars

Dulquer has a thing for luxury cars and has an envious collection which includes Mercedes-Benz SLS AMG, BMW M3 and many more.

(The above story first appeared on LatestLY on Jul 28, 2020 08:40 AM IST. For more news and updates on politics, world, sports, entertainment and lifestyle, log on to our website latestly.com).