Naga Chaitanya Has His Hands Full With Multiple Projects, Actor Is in Talks With More Than Five Directors

Naga Chaitanya's recent movies 'Majili', 'Love Story', and 'Bangarraju' earned him critical acclaim from all over, and hence he has been considered to act in multiple projects. 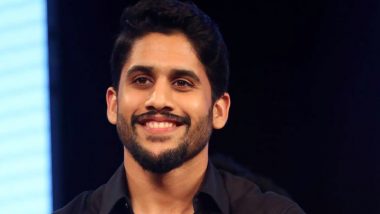 Actor Naga Chaitanya, who is currently basking in the success of his recent movies, is busy working on a movie project titled 'Thank You' under the direction of Vikram Kumar. The 'Ye Maya Chesave' actor is enjoying one of the peak stages in his career, with a handful of movie offers. Bangarraju Trailer: Nagarjuna Akkineni, Naga Chaitanya, Krithi Shetty’s Upcoming Film Looks Every Bit Entertaining (Watch Video).

As per the sources, Naga Chaitanya will soon be seen in a prestigious project, which is a web series. Although there is no official confirmation, it is reported that Chaitanya will soon start shooting for the Prime Video series. Apart from the web series, it is being talked about that Naga Chaitanya is in talks with more than five directors. Actress Nandini Reddy, who is known for her movies 'Ala Modalaindi' and 'Oh Baby' has apparently narrated a story to Chaitanya. Naga Chaitanya Says Thank You And Bangarraju Are ‘Two Very Special Films’ (View Post).

'Nenu Sailaja' fame Kishore Tirumala, 'Shyam Singha Roy' director Rahul Sankrutyan, and Venkat Prabhu are in talks with Chaitanya, as per the sources. Apart from the above-stated projects, director Vijay Kanakamedala of 'Naandhi' fame has apparently readied a script for the 'Love Story' hero. Well, which among these projects will take off, is still not known. Naga Chaitanya's recent movies 'Majili', 'Love Story', and 'Bangarraju' earned him critical acclaim from all over, and hence he has been considered to act in multiple projects.

(The above story first appeared on LatestLY on Feb 22, 2022 03:35 PM IST. For more news and updates on politics, world, sports, entertainment and lifestyle, log on to our website latestly.com).