Sarkaru Vaari Paata: Mahesh Babu Opens Up About His Highlighting Scenes With Vennela Kishore in the Upcoming Film 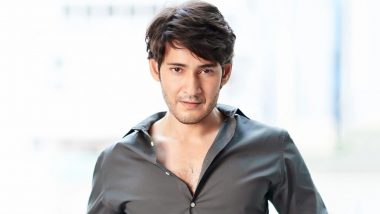 Mahesh Babu reveals key details about his scenes with Vennela Kishore in one of his recent interviews, he had attended to promote his movie 'Sarkaru Vaari Paata'. The 'Murari' actor, who discussed a variety of topics during the interview, explained how the title was chosen. "I was at the gym one day when I got a call from Parasuram (director) and was told that there had been rumours that the title 'Sarkaru Vaari Paata' was being considered for my film. 'It's perfect, let's go with it, I said". Sarkaru Vaari Paata Song Penny: Mahesh Babu and Daughter Sitara Ghattamaneni Dance Their Hearts Out in This Addictive Track (Watch Video).

Mahesh Babu also joked that there were so many times when authentic data related to this film was leaked that many people assumed Mahesh was the one leaking information. Mahesh Babu revealed in the same interview that his scenes with Vennela Kishore will be the commercial drama's main highlights. Sarkaru Vaari Paata Title Song Is A Power-Packed Number From Mahesh Babu’s Upcoming Telugu Film (Watch Video).

"One can't even guess how entertaining those scenes are going to be. Vennela Kishore and my combination scenes will be the movie's pinnacle of entertainment," Mahesh disclosed. Mahesh also discussed how his eccentricity in 'Sarkaru Vaari Paata' makes him optimistic about the film's outcome. 'Sarkaru Vaari Paata' will hit the screens on May 12.

(The above story first appeared on LatestLY on May 09, 2022 06:21 PM IST. For more news and updates on politics, world, sports, entertainment and lifestyle, log on to our website latestly.com).