Sulthan starring Rashmika Mandanna and Karthi comes across as a massy entertainer and going by the actor's first look, we are convinced very much. 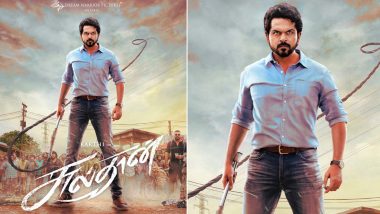 Makers of Karthi's next had announced the first look of Sulthan will release on October 26 and they have kept their words. Sulthan starring Rashmika Mandanna and Karthi comes across as a massy entertainer and going by the actor's first look, we are convinced very much. The makers had recently shared pictures from their dubbing wrap up and are looking forward to having a theatrical release for their project. An official confirmation on the same is awaited. Karthi 19: Dream Warrior Pictures Issue Statement after Protesters Stall Shooting of Karthi Starrer Sulthan in Dindigul.

Announcing the wrap up of his next, Karthi had earlier taken to his Twitter account to say, "And it’s a wrap!! From the day we heard the idea three years back till today, the story continues to excite us. It’s one of my biggest productions so far. I thank the entire team for slogging it through and giving their best (sic)." His dashing first look from the movie is a show-stealer and we cannot stop whistling at it. Karthi Blessed With a Baby Boy, Thanks Doctors and Nurses for the Life-Changing Experience (View Tweet). 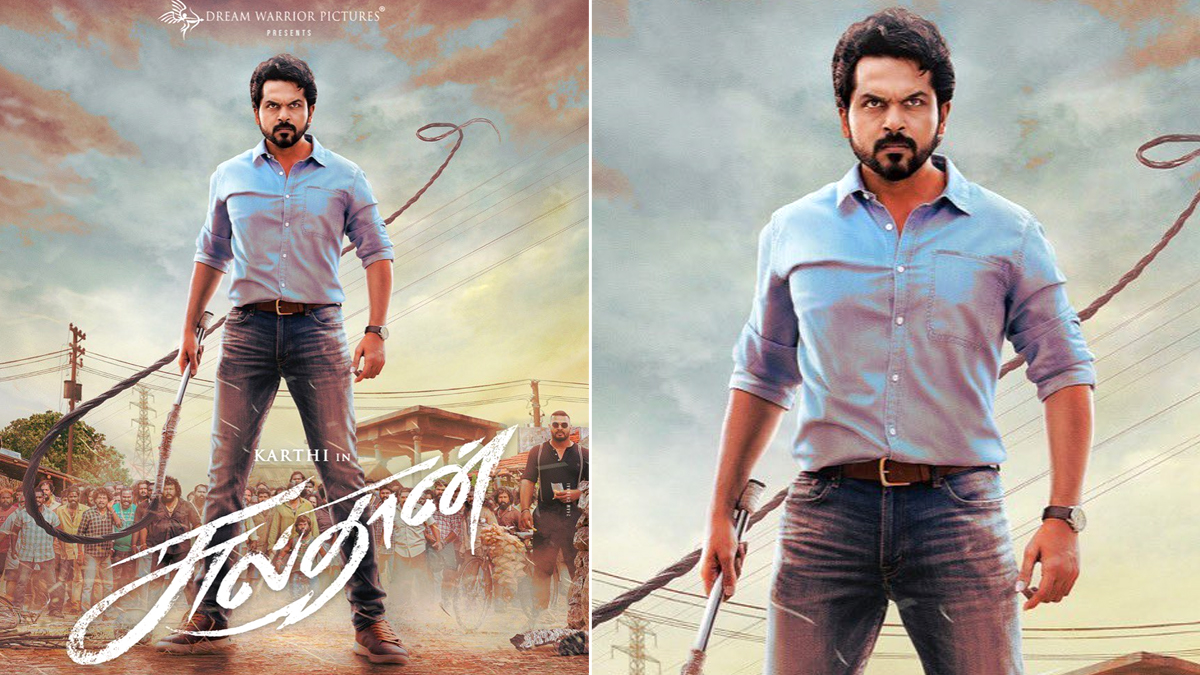 The film would mark Rashmika's debut in Kollywood. After being in works for two long years, the unit was finally able to wrap it and is now looking forward to its release. While we heard reports if the movie is based on the life of Tipu Sultan, the first look clearly refuted the rumours completely.

(The above story first appeared on LatestLY on Oct 26, 2020 04:44 PM IST. For more news and updates on politics, world, sports, entertainment and lifestyle, log on to our website latestly.com).