Vijay Sethupathi's Daughter Gets Rape Threats from a Twitter User, Chennai Police Register Case Against Him

Chennai Police has now registered a case against the user who gave rape threats to Vijay Sethupathi's daughter and the same was confirmed by Chennai Police Commissioner, Mahesh Aggarwal. 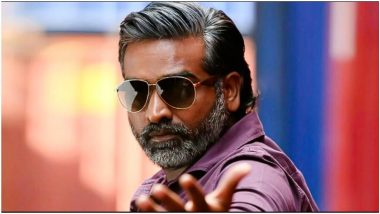 While Vijay Sethupathi was severely criticised for signing Muttiah Muralitharan's biopic, 800, his family was equally targeted for his decision. The actor's underage daughter, in fact, received rape threats from a Twitter user and the same was condemned by politicians and celebrities. Taking a prompt against this cybercrime, Chennai Police has now registered a case against the user and the same was confirmed by Commissioner of Police Mahesh Aggarwal. Vijay Sethupathi's Daughter Gets Rape Threat From Troll; Chinmayi Sripada Questions the 'Crappy' Society We Live in (View Tweet).

Mahesh Aggarwal took to his Twitter account to give an update on the case. He tweeted saying, "There has been lot of concern in social media regarding comments made in social media against a celebrity. On receipt of complaint to this effect a case in Cyber Cell has been registered." The FIR has been registered for using obscene language in a public place and transmitting obscene material through the internet under sections 153, 294 (B) of the IPC and section 67B of the Information Technology Act respectively. In addition, it is also registered for provocation with intent to causing riot.

Earlier singer Chinmayi Sripaada has slammed the social media user while questioning the crappy society that we live in. She had strongly reacted to the incident while also questioning as to why women and children have to pay when two adults fight like hyenas.

Vijay's decision to exit the biopic was a result of the same backlash. He was severely criticised for playing the role of a former Sri Lankan cricketer who apparently was quiet during the Tamil genocide in Sri Lanka. The cricketer had then issued a statement asking Sethupathi to leave the project while also hoping that it gets made someday.

(The above story first appeared on LatestLY on Oct 20, 2020 08:00 PM IST. For more news and updates on politics, world, sports, entertainment and lifestyle, log on to our website latestly.com).