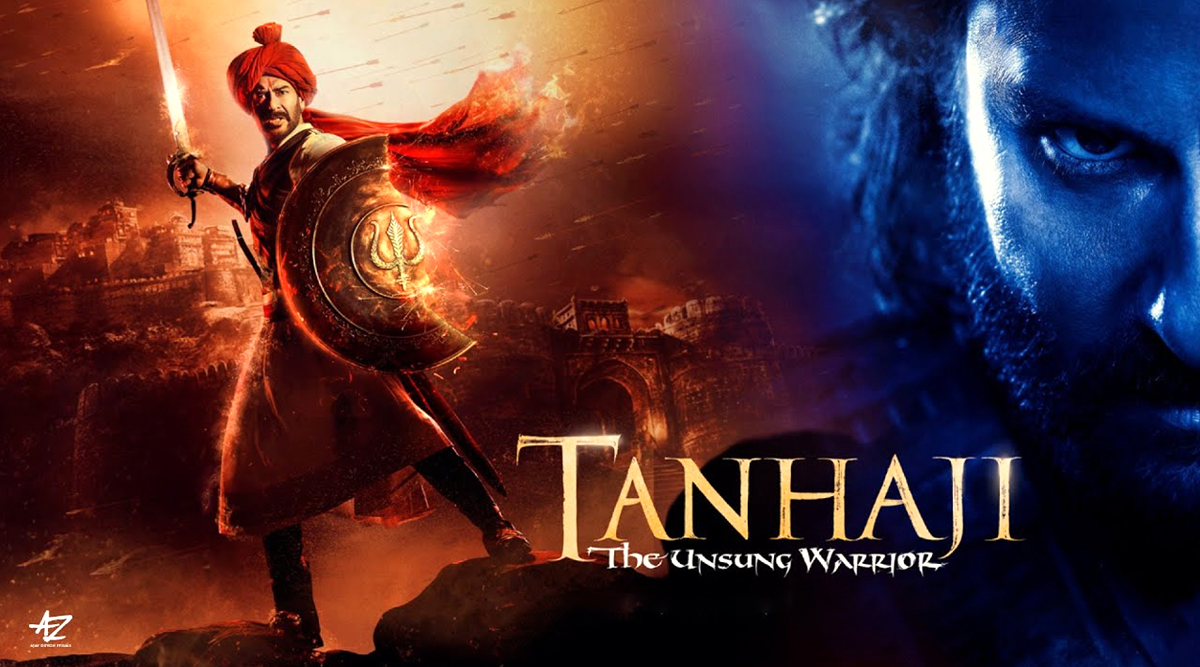 Tanhaji The Unsung Warrior is going unabated at the box office. With no resistence at all from any quarters, the film has gotten bigger and bigger. The film was expected to make a huge splash despite a clash with Chhapaak and it did so. After all a massive 3300 screens and hightened nationalistic flavour were enough to make it cross many milestones. Next stop in the Rs 200 crore club. As of now, the film has earned Rs 183.34 crore in 12 days. Tanhaji Actor Saif Ali Khan Gets Massively Trolled for Expressing ‘There Was No Concept Of India Till Britishers Came’ (View Tweets)

In fact, Ajay's film has been getting a lot of love in the second weekend. The Day 6 number was higher than its opening day. While it opened with Rs 15.10 crore, on the sixth day it earned Rs 16.75 crore. That proves that people were impressed by the word of mouth to check out this film. It's biggest earner obviously was Maharashtra.

Tanhaji will definitely get a push during the coming weekend despite having Street Dancer 3D and Panga at the theatres. The patriotic flavour will win it more monies during the Republic Day weekend.