Anushka Sharma took to her social media accounts to share the teaser of her next production venture for Amazon Prime. 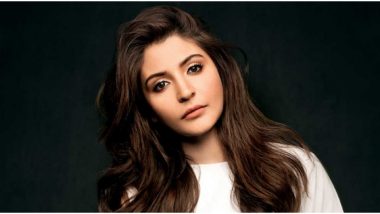 While Anushka Sharma is on a sabbatical of some sorts and hasn't announced any release since her last outing with Shah Rukh Khan in Zero, the actress is busy with her different production ventures. The actress earlier forayed into production with NH 10 under her own banner, Clean Slate Films. Post which, she went on to star in and produce films like Phillauri and Pari. Meanwhile, she was equally keen on venturing into digital space and seems like she finally found the right script to back. The actress earlier took to her Instagram account to announce her OTT debut as a producer for Amazon Prime's next venture. Anushka Sharma Points Out the Benefits of Work-From-Home and We Totally Agree With Her Views.

While no details, not even the title of her venture is out yet, the teaser promises to be a thrilling ride, something that could be remotely similar to Sacred Games. Anushka is going all out with her different production ventures and as a producer, she definitely wants to cash in on the popularity of OTT medium these days. Though no release date for her Prime series is out yet, you can expect it to land sooner than later. Shah Rukh Khan’s Zombie Horror Series Betaal, Anushka Sharma’s Mai Included in Netflix India’s Five New Announced Projects.

Check out her Announcement

Anushka with her brother, Karnesh is also producing her web show, Mai for Netflix India. "The creative freedom to be able to translate these stories to screens that reach a global audience is exciting for us, which is why Netflix is such an important partner," Anushka had earlier said in a statement. Mai revolves around 47-year-old wife-and-mother, Sheel, who finds herself accidentally sucked into a rabbit hole of violence and power, following a personal tragedy.

(The above story first appeared on LatestLY on Apr 21, 2020 03:59 PM IST. For more news and updates on politics, world, sports, entertainment and lifestyle, log on to our website latestly.com).