Betaal: Aahana Kumra Speaks Up About the Making of Her Eerie Look for Netflix’s Horror Series 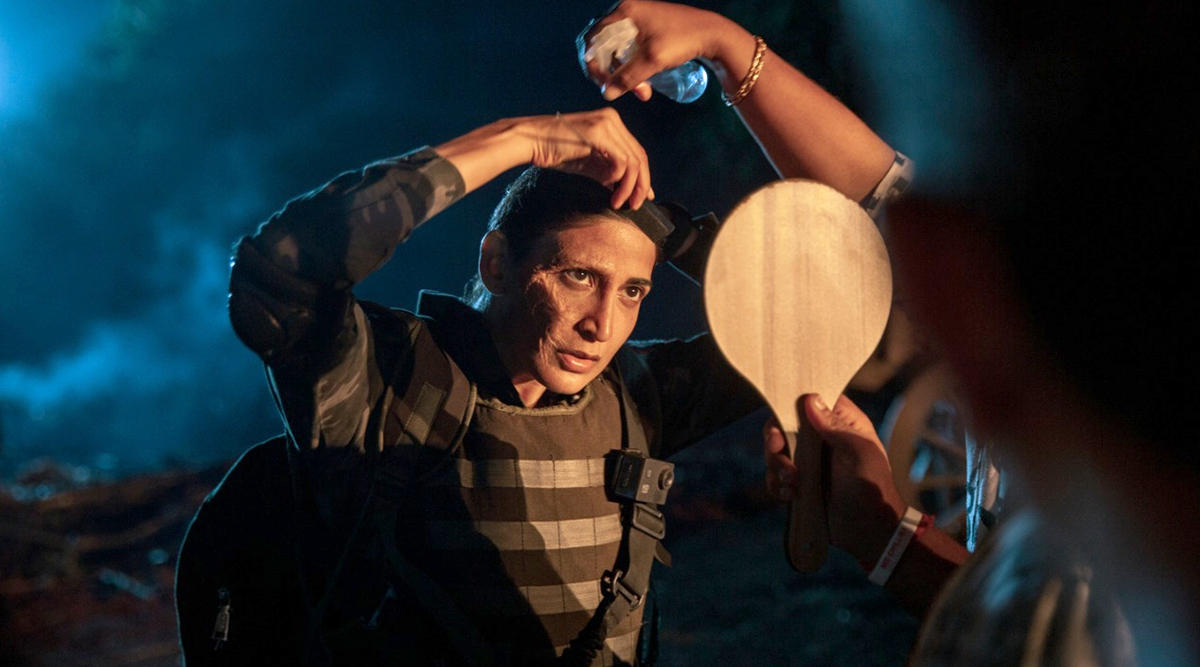 Actress Aahana Kumra wears prosthetics for the first time in the upcoming series "Betaal", and she was initially terrified with the idea. On the show, she plays DC Ahluwalia -- a brave, tough and moral member of a group called the Baaz Squad. Her look is highlighted by a scar on the right side of the face, which required prosthetics for an authentic impact. "I was terrified and excited by the idea of wearing a prosthetic piece since I've never done it before. The scar is so central to Ahlu's character," Aahana said. Betaal: Manjiri Pupala Opens Up About Her Role in Netflix’s Horror Series.

"It (the scar) speaks volumes about her, it makes you realise that there is a lot more to Ahlu's story than meets the eye. She has had a difficult past and has not yet lost hope. She is super tough," she added. Rebecca Butterworth, who designed the prosthetics for Aahana's scar, loved working with her. She said: "Aahana is a brilliant actress and she was fantastic wearing this prosthetic. It's her first time in a prosthetic piece and she really wore it as if it was her own skin and she was so patient sitting in the makeup chair too." Betaal: Shah Rukh Khan Gives You a Chance to #SpookSRK, Announces a Contest to Shoot a Scary Movie Indoors – Read Details

She also mentioned that since her character is mainly seen in a high-neck army jacket, they had to come-up with a place for her scar in a way it didn't interfere with the costume. She chose the cheek. The series delves into age-old cure, haunted tunnel, army of undead and how "evil is eternal". The Netflix horror show is directed by Patrick Graham and Nikhil Mahajan. It will release on May 24.