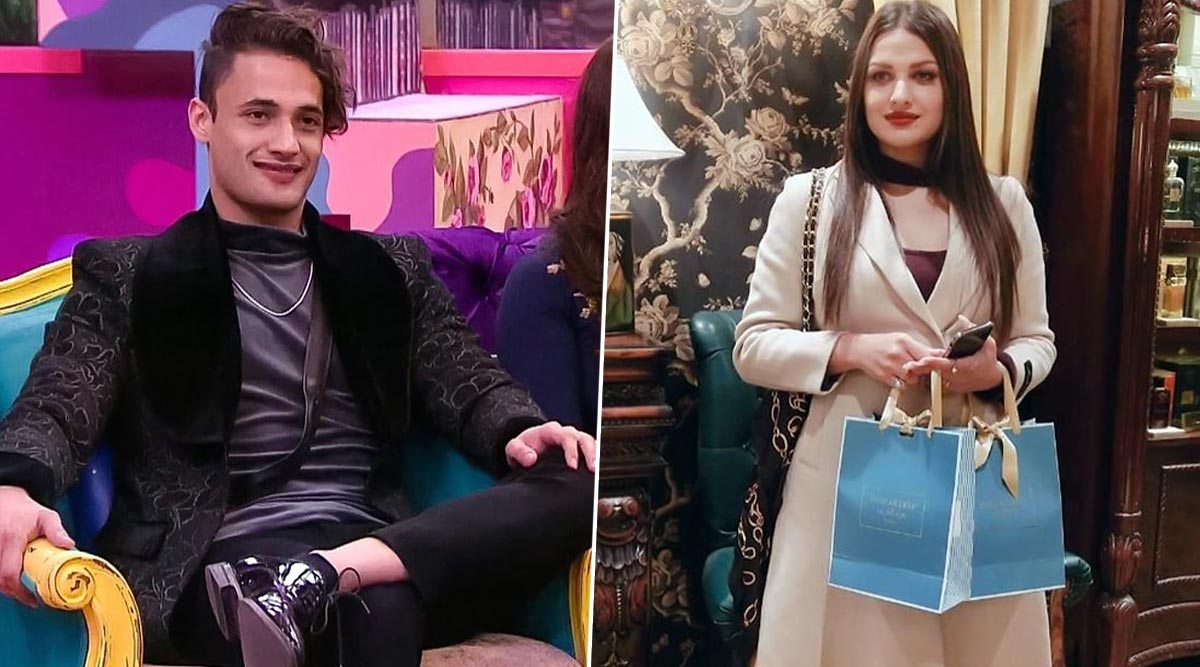 Bigg Boss 13 fans got all excited when they came to know that the reality show is once again extended for 15 days and the finale which was supposedly going to take place in mid-February, will now be aired at the end of February 2020. Having said that, currently, it's the family week in the BB house and the contestants are seen getting all emotional after seeing their family members. But it was Shefali Jariwala's husband, Parag Tyagi's entry on the show which raised many eyebrows when he revealed a gossip about Himanshi Khurana to Asim Riaz. Parag told Asim that Khurana has broken up with her beau and is waiting for him outside the house. On hearing this piece of news, Riaz got super excited and could not keep calm. Bigg Boss 13: Parag Tyagi Tells Asim Riaz That Himanshi Khurana Is Waiting Outside For Him, Brother Umar Confirms The Statements (Watch Video).

Now, going as per the latest update by The Khabri on Twitter, evicted contestant Himanshi Khurana is all set to re-enter the show as a guest. Maybe the purpose here by the makers is to reunite Asim and Himanshi. FYI, during her stint on the show, Asim had confessed his love for Khurana, but the babe could not reciprocate as she was engaged. Bigg Boss 13: Paras Chhabra’s Girlfriend Akanksha Puri Gets Mocked for Misspelling His Name; Babe Shuts the Trolls With a Kickass Reply (Read Tweets).

After the singer got eliminated from the show, Himanshi has been an avid supporter of the lad. Coming to Khurana's re-entry in the ghar, it's surely going to be a blush-blush moment for Riaz and we cannot wait to witness the moment. Stay tuned to LatestLY for all the updates from BB 13!