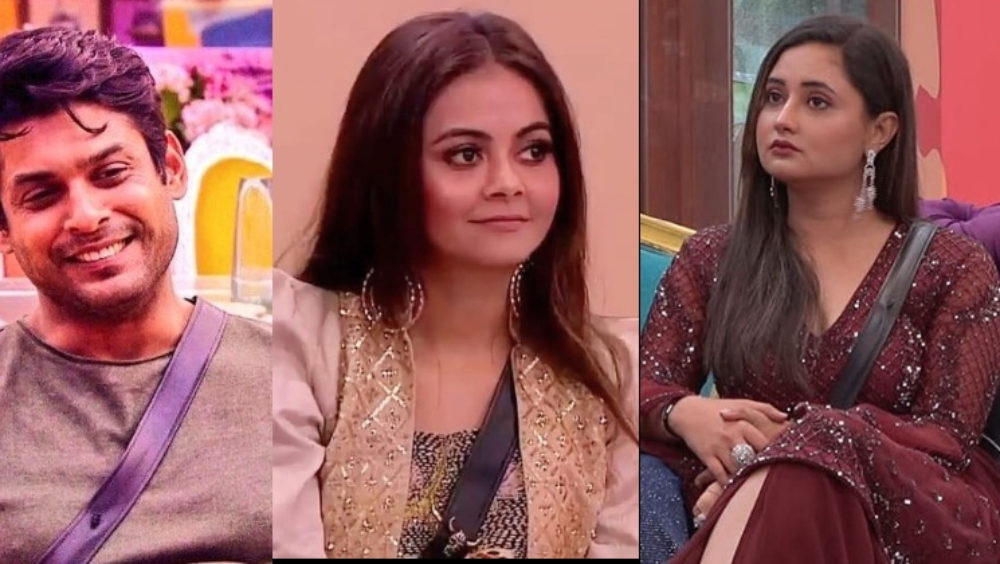 Like the previous seasons, Bigg Boss 13 is filled with a lot of nasty fights between the contestants. We have seen some intense arguments on the show so far. However, the mother of all is the one that took place between Rashami Desai and Sidharth Shukla a few weeks back. Sidharth and Rashami don't get along really well from the time they worked together on Colors' other show, Dil Se Dil Tak. So when they set foot in the Bigg Boss house, we knew that they won't be friends on the show. The two got into multiple wars of words, but things really heated up when Sidharth called Rashami "aisi ladki" during one of their arguments. To make it worse, this happened on the day when they were shooting the Weekend Ka Vaar episode with host Salman Khan. While Salman blamed both Rashami and Sidharth then, Devoleena Bhattacharjee, who was a part of Bigg Boss 13 thinks Rashami overreacted in that scenario.

During an interview with TheTimes Of India, Devoleena was asked to give her two cents on that fight between Rashami and Sidharth. She said, “If someone had told me, ‘aisi ladki’ my reaction would have been totally different. Since I have lived in that house, I know that people sometimes purposely say things to instigate you. kisi ke bolne se main woh ban nahin jaaungi. I felt Rashami overreacted on that entire Aisi ladki comment. That issue was blown out of proportion and the way they were abusing each other in front of Salman sir I felt it was not needed.” Bigg Boss 13: Paras Chhabra Openly Talks About Wearing A Hair Patch, Reveals Why He Lost His Hair.

Devoleena said that Rashami too said a lot of bad things to Sidharth, which made him angry. “She called him a drug addict, nashedi and what not. She had already abused him a lot so again bringing up the same thing in front of Salman Khan was not right. He’s saying aisi ladki how do you know kaisi ladki. I would have simply said yes aisi ladki who has built herself on my own and I am proud of myself,” Bhattacharjee was further quoted. Well, Devoleena has given her opinion on this. Do you agree with her? Let us know by tweeting to us @LatestLY.