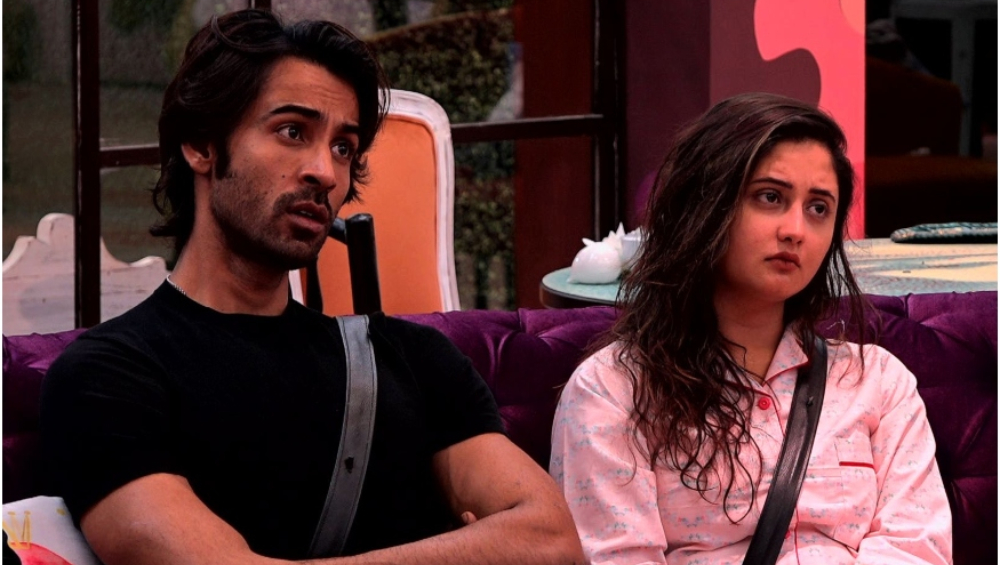 Rashami's manager has made some explosive revelations (picture credit - Voot)

Rashami Desai and Arhaan Khan are in a relationship for quite some time now, we all know that. In fact, he entered the Bigg Boss house as a wild card contestant and got eliminated in a few weeks. There was a bit of a controversy when host Salman Khan announced on national television that Arhaan had a child from his first marriage and he had hidden this from Rashami. Rashami still chose to let the bygones be bygones and decided not to react very strongly in order to save his reputation on national television. However, Arhaan has given multiple interviews post his ouster from the show where he has claimed that he was projected as a villain on the show. This is something that has not gone down well with Rashami, who has decided to end the relationship with Arhaan once she comes out of the Bigg Boss house.

When Rashami and Arhaan were in the house, the former claimed that there was a point in her career when she went bankrupt. It is during this conversation, Arhaan indirectly said that he helped her financially during this phase of her life. However, Rashami's manager, Santosh has said that she never went bankrupt. “We know Rashami accepted that she was bankrupt inside the house, she might have said it in a moment, just like she said she knew of Arhaan’s marriage initially. Once she is out, she might clarify that she was never bankrupt. Whatever relationship she had with Arhaan, but no one can never attach the word bankruptcy with Rashami,” Santosh was quoted by Pinkvilla. For those of you who don't know when Salman exposed Arhaan, Rashami said that she knew about his marriage, but not the kid. However, on the last Weekend Ka Vaar of Bigg Boss 13, Rashami said that she had no idea that Arhaan was married and only accepted that the first time in order to save his image. Bigg Boss 13: Rashami Desai’s Brothers Gaurav Desai and Mrunal Jain Are Thankful to the Show for Unmasking Arhaan Khan.

And this makes us all support and love her even more than before because we can just SEE IT but she is the one whose FEELING IT.. Hats Off to our #SolidWoman she totally aced it with dignity. ⭐️🙌 . . #SupportRashamiDesai #StayStrongRashami #RashamiDesai #VoteForRashamiDesai #biggboss13 #BB13 #TeamRD @colorstv @endemolshineind @voot @beingsalmankhan

Santosh further said that Arhaan never helped Rashami as she did not need any sort of financial help ever. “Rashami and I have been working with each other since 2013. About bankruptcy, even if Rashami stops working today, for the next 10 years she cannot get bankrupt. For someone who owns a flat in a high-end building in a Mumbai, has four more vehicles. The time which Arhaan mentioned (where she allegedly was bankrupt), she owned two luxury cars which were on her own,” Santosh was further quoted. Well, it's clear that things between Rashami and Arhaan are not the same anymore. It might just be too late for Arhaan to fix anything.