Bigg Boss 14: Rajeev Sen Makes It 'Loud and Clear' That He Is Not A Part Of Salman Khan's Controversial Reality Show (View Post)

Sushmita Sen's brother Rajeev Sen took to his Instagram and rubbished the reports of him being a part of Bigg Boss 14. Check it out. 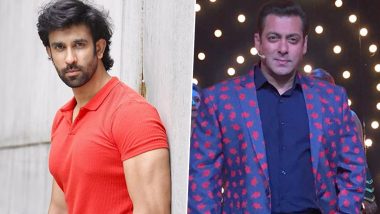 Sushmita Sen's brother Rajeev Sen has been grabbing a lot of headlines these days and the reason behind the same is his personal life. Reports have been doing rounds that all is not well between him and his wife Charu Asopa. However, there has been no official confirmation about it yet. Amid this, just a day back, it was reported by ETimes TV that Rajeev is all set to be part of Salman Khan's reality show, Bigg Boss 14. The report further stated that Sen wants to appear solo on the show and the talking is in the initial stage. It also mentioned that he was approached for the previous season of Bigg Boss as well. But looks like all of this is untrue. Bigg Boss 14 Confirmed To Return In September, Nia Sharma, Vivian Dsena, Adhyayan Suman To Enter Salman Khan's Reality Show?

As Rajeev took to his Instagram story and posted a simple message making it clear that he is not part of BB 14. "Not in Bigg Boss 14 Loud & Clear Shukriya,” he wrote on his IG story. Earlier, even Shekhar Suman's son Adhyayan Summan had clarified via Twitter that he is not doing Bigg Boss. Well, must say, as the show's premiere is inching closer, many unconfirmed and sources led reports about celebs being part of the controversial show has been floating around. Bigg Boss 14: Adhyayan Summan Rubbishes Reports of Participating in Salman Khan’s Reality Show, Says ‘That’s Not My Career Goal’ (View Tweets). 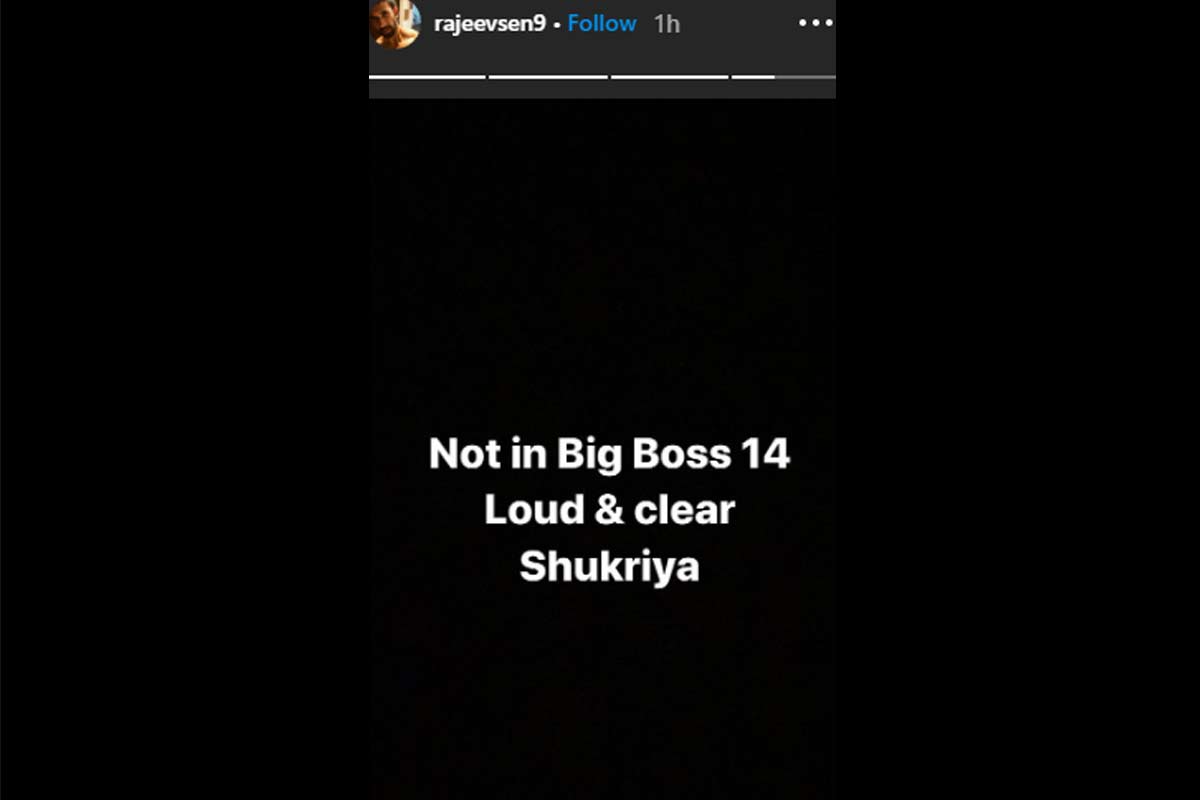 Well, after numerous speculations surrounding Bigg Boss 14, we wonder, what to believe and what not to believe. Meanwhile, recently, Rajeev had shared a screengrab of him and his wifey Charu conversing via a video chat which in a way debunked all the rumours that there is trouble in the paradise. Stay tuned!

(The above story first appeared on LatestLY on Jul 15, 2020 07:56 PM IST. For more news and updates on politics, world, sports, entertainment and lifestyle, log on to our website latestly.com).