Reports were doing rounds that Shekhar Suman's son, Adhyayan Summan has given his nod for Bigg Boss 14. However, the Raaz actor has denied the rumours. Check it out. 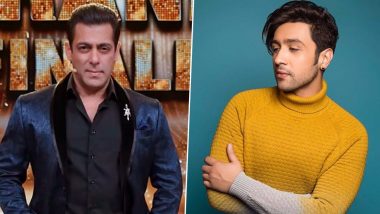 India's most loved controversial reality show Bigg Boss 14 is soon to premiere on Colors TV. The Salman Khan hosted series which is known for its spicy gossip, fights and ofcourse love is reportedly to air from September 2020. With this, a tentative list of the celebrities who have been approached or are part of the show is also out. As per a report in Mumbai Mirror, stars like Vivian Dsena, Nia Sharma along with Shekhar Suman's son Adhyayan Summan have been approached for the show. But seems like there's an error in the speculations, as the Raaz actor Adhyayan has denied being a part of BB 14. Bigg Boss 14 Confirmed To Return In September, Nia Sharma, Vivian Dsena, Adhyayan Suman To Enter Salman Khan's Reality Show?

The B-townie took to his Twitter and termed the rumours as 'false news'. That's not it, as via his tweet, he also asked the makers to clarify the hoopla. Well, with this now we know that Adhyayan is not a part of the controversial reality show. Also, when a fan urged the actor to not give a nod for BB 14 as he does not want to see him fight for petty issues, to which, Summan replied, 'That's not his career goal'. Bigg Boss 14: Rajeev Sen Approached For Bigg Boss 14, Has Sushmita Sen's Brother Given The Nod? (Deets Inside).

False news of me being a part of big boss ! Thanks but no thanks ! Disrespectful to say the least ! #BigBoss @ColorsTV please clarify this! Regards

Even if it was the end of the world I Would never go there don’t worry ! That’s not my career goal

Meanwhile, if a few reports are to be believed than Bigg Boss this year is going to have social distancing as the theme owing to the pandemic. Also, there will be 16 contestants in total out of which 3 would be commoner. The reports further suggest that all the contestants will get tested for COVID-19 before stepping inside the house. Stay tuned!

(The above story first appeared on LatestLY on Jul 15, 2020 03:40 PM IST. For more news and updates on politics, world, sports, entertainment and lifestyle, log on to our website latestly.com).