Makers have locked in the dates for Bigg Boss 14 and the next season and it will be September 2020. Yes, Bigg Boss is only 2 months away. 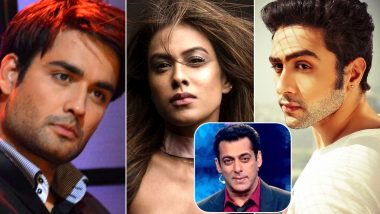 All you Bigg Boss fanatics, here's some good news for you all. Makers have locked in the dates for the show's next season and it will be September 2020. Yes, Bigg Boss is only 2 months away. This announcement shouldn't come as a surprise considering Salman Khan had announced Bigg Boss 14 right on the finale episode of Bigg Boss 13 itself, the latter which was one of the most successful seasons. The season saw friends-turned-arch enemies Sidharth Shukla and Asim Riaz clench the first and second sports respectively. Bigg Boss 14: Rajeev Sen Approached For Bigg Boss 14, Has Sushmita Sen's Brother Given The Nod? (Deets Inside).

A report in Mumbai Mirror quoted a source as saying, "Yes, Salman is onboard and the show kicks off in two months. We have started talking to prospective participants, among them are popular television actors, Vivian Dsena and Nia Sharma, and Shekhar Suman’s actor-son Adhyayan, and are hopeful they will come on board." Apart from these, names like that of Rajeev Sen, Muskaan Kataria, Shubhangi Atre and Surbhi Jyoti are said to have been approached for the show. Salman Khan To Shoot Bigg Boss 14 Announcement Promo From Panvel Farmhouse, Show Postponed Because of Khatron Ke Khiladi 10 (Deets Inside).

Salman Khan, who has been at his Panvel farmhouse ever since the lockdown began, will reportedly be shooting for the show's promo from there itself. Also, if various reports are to be believed, then the theme this time around will be social distancing, given the current pandemic situation in the country.

(The above story first appeared on LatestLY on Jul 15, 2020 12:35 PM IST. For more news and updates on politics, world, sports, entertainment and lifestyle, log on to our website latestly.com).