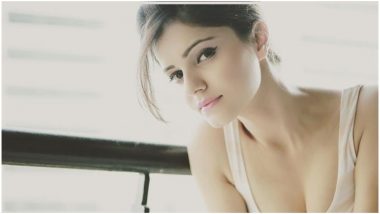 Bigg Boss 14 is less than two weeks away. So far, the makers have only confirmed one contestant - singer Kumar Sanu's son Jaan Kumar Sanu. He was introduced to the audience during the Bigg Boss 14 press conference with Salman Khan. Eaelier, pictures of Jasmin Bhasin getting ready to pre-shoot her premiere performance also leaked online, which pretty much confirm her presence on the show. Now, as per a report by indianexpress.com, Rubina Dialik is said to be a contestant on Bigg Boss 14. Bigg Boss 14: From Luxury Amenities to Arranging Weekly COVID-19 Tests For Crew, Here's What You Can Expect From This Season of Salman Khan's Show.

Rubina became a household name when she played the lead role on the daily soap, Shakti - Astitva Ke Ehsaas Ki. She starred alongside Vivian Dsena. The actress played the role of a transgender person, which was a pathbreaking moment for Indian TV. Before this, no actor had played the role of a transgender in a lead role on Indian TV. It will be interesting to see her on the show. She will be the closest the show will come to have a LGBT connect this season.

Nishant Singh Malkani, Naina Singh, Karan Patel, Indeep Bakshi are also rumoured to be contestants this season. Neha Sharma, Aly Goni, CarryMinati have denied the reports of their participation. Gauahar Khan, Hina Khan, Sidharth Shukla - all previous contestants - will also be a part of the show in limited capacity.

(The above story first appeared on LatestLY on Sep 25, 2020 10:27 PM IST. For more news and updates on politics, world, sports, entertainment and lifestyle, log on to our website latestly.com).