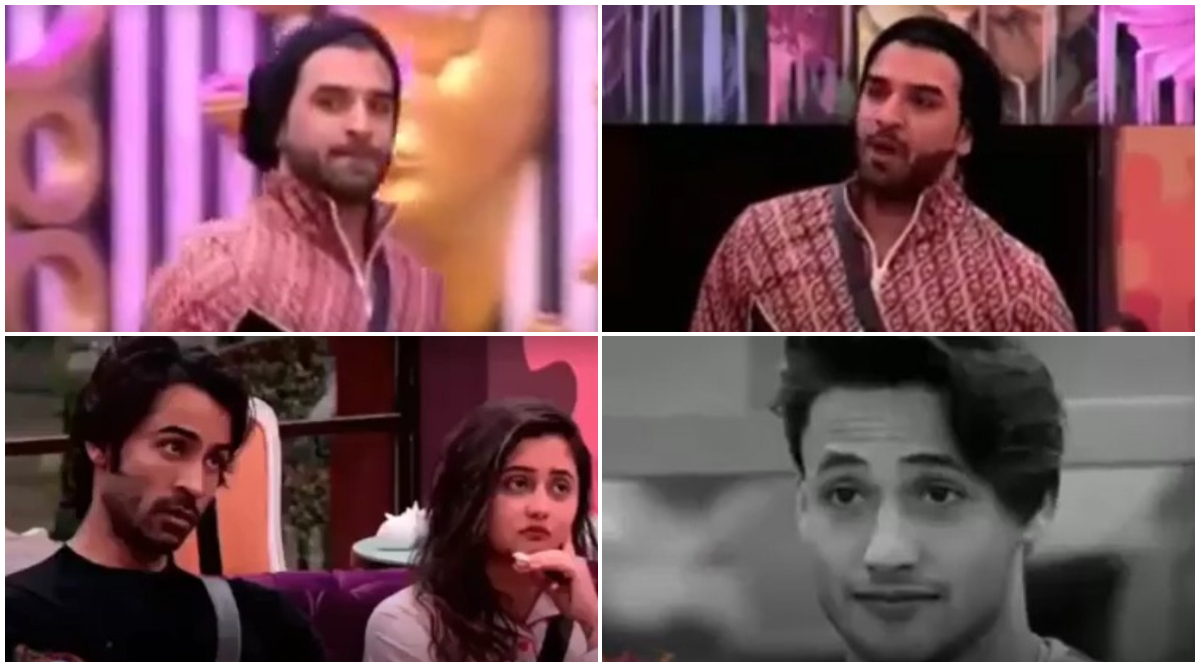 All things unexpected can only happen on the most controversial show on television, Bigg Boss 13. As after a roller-coaster kinda Wednesday (11 Dec), the upcoming episode seems to be packed with high-voltage drama. You may wonder, why are we saying this? As going by the precap of Thursday's (12 Dec) episode, a storm is on its way to the ghar. First things first, the preview shows us Sidharth Shukla and Paras Chhabra still making contestants dance on their orders. The two boys give Rashami Desai a task wherein she needs to unmask Vishal Aditya Singh's game. The TV actress takes the task sportingly and gets into a war of words with Vishal. At a point, she even yells at Vishal and informs him that he needs to learn etiquette on how to talk with girls in the house. Bigg Boss 13 Day 66 Highlights: Asim Riaz Ditches Mahira Sharma, Rashami Desai Becomes A Joker, Vishal Aditya Singh Calls Madhurima Tuli ‘Kaali Dil Ki Aurat’, and More!

But the big HIGHLIGHT of the preview comes in when Paras Chhabra makes a re-entry inside the Bigg Boss house. On stepping in the ghar, Chhabra first takes a dig at Vishal Singh for not at all being trustworthy. He then talks about how 'all' on the show are fake and later reminds the inmates on how they sidelined Mahira and Shehnaaz. Not just this, further Paras also slams Arhaan Khan. He tells him about how he talked ill about Rashami by saying, 'road par thi rashami', 'zero paisa tha uske bank mein' and etc. Well, after watching this, we cannot wait for the episode to air. Bigg Boss 13: Major Throwback to the Time When Rashami Desai and Sidharth Shukla Entered The Show Holding Hands (Watch Video).

Meanwhile, in other news, as tweeted by The Khabri, Sidharth Shukla is hospitalised. This information comes as a shocker to many as no one expected that Sid's health will get this worse. Earlier, a few reports hinted that Shukla was suffering from typhoid and that's the reason the makers shifted him to the secret room to rest. Stay tuned!