Sidharth Shukla and Sonia Rathee's chemistry is the highlight as per the early reviews of Broken But Beautiful Season 3. The web series is streaming on ALT Balaji. Read on. 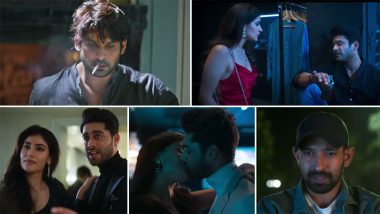 With the presence of Sidharth Shukla, Broken But Beautiful Season 3 has been one of the most anticipated shows ever. Streaming on ALT Balaji, the web series is the third installment in the popular franchise produced by Ekta Kapoor. While Sid plays the male lead, Sonia Rathee makes her digital debut with BBB3. The series narrates the tale of obsession, love, and much more between the duo. But is this show worth watching? Well, early reviews of the same are out and it happens to be on the positive side. Here, check it out. Broken But Beautiful Season 3: Cast, Plot, Streaming Date And Time - Know All About Sidharth Shukla And Sonia Rathee's Love Saga.

Bollywood Life: "With its contemporary outlook and 90's premise of a tashan-wala love story, the show should appeal to a large crowd. Sidharth Shukla and Sonia Rathee's web show promise a rollercoaster tale of emotions that is breezy, cheesy and loaded with sass. Warning note: Please watch it with your earphones on!"

Pinkvilla: "Broken But Beautiful 3 has a heart at its right place, but breaks too easily as it fails to bring in the novelty. While it has ample for the Siddharth Shukla fans, as also the daily soap audience, who will lap onto it in a big way, but this one doesn’t have anything to offer to the ones exposed to the global content on the worldwide web."

DNA: "It’s the fire and genuineness in Sidharth’s acting and freshness in Sonia’s performance that keeps the viewers glued and wanting to see more. Not to forget the much-talked-about, passionate kiss and steamy sequences (yes, there are multiple) between the two actors who are both making their digital debuts with the series."

TOI: "While the writers often include these characters and plots just to make the show look cooler and contemporary, some depth and detailing could go a long way. But sometimes it’s fun to watch beautiful faces in a glossy set-up where privileged characters rue about problems that often seem like non-issues. All in all, there’s ample beauty in ‘B3’ season 3, but also a lot that can be fixed."

Broken But Beautiful Season 3 sees Sid as a theatre director namely Agastya Rao whereas Sonia is Rumi. Meanwhile, going by the above reviews, all we can say is that BBB3 can be watched if you love Indian series and can be skipped if you don't. Stay tuned!

(The above story first appeared on LatestLY on May 29, 2021 03:30 PM IST. For more news and updates on politics, world, sports, entertainment and lifestyle, log on to our website latestly.com).