The Federation of Cine Technicians and Workers of Eastern India (FCTWEI) Thursday claimed a section of Bengali television serial producers are shooting outside homes, violating COVID-19 restrictions imposed by the state government, and passing it off as work from home. 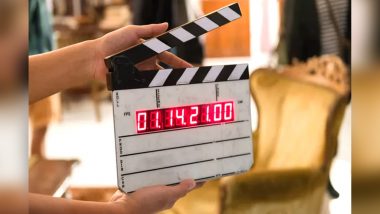 The Federation of Cine Technicians and Workers of Eastern India (FCTWEI) Thursday claimed a section of Bengali television serial producers are shooting outside homes, violating COVID-19 restrictions imposed by the state government, and passing it off as "work from home". Claiming that technicians, who are an integral part of the arrangement, were kept in the dark by this "unilateral act of three-four producers", FCTWEI president Swaroop Biswas said shootings of some mega serials were being done in closed godowns and hotels. TV Serials Shooting Allowed in Tamil Nadu, CM K Palaniswami Gives a Go Ahead with Certain Guidelines (Read Deets).

Shoots for serials, web series, and films were stopped in West Bengal since May 16 following the imposition of stricter curbs in the wake of the prevailing COVID-19 situation. "Episodes aired on channels of certain tv soaps in past days indicated that the shoots, with one or two actors, did not take place at homes. The location and background proved otherwise," Biswas said. The federation has submitted a letter to the producers' lobby on the matter, he said. Bengali TV Serials Shooting Stalled Due to Payment Issues, Telecast of Shows on All Channels Affected.

The federation further claimed it has information that make-up artists were being asked to visit such shooting venues from 7 am to 10 am when markets are open and a higher number of vehicles ply on roads. The West Bengal Motion Pictures Artists Forum recently came in support of the work from home concept and stood by the producers. A forum spokesperson said, "we are not in favour of shooting outside home at present. However, we need to look into the claims of the federation, talk to the artistes and directors of the episodes before commenting."

The producers' body - Welfare Association of Television Producers (WATP) earlier said the shooting from home concept appears to be the "best alternative" when people are confined within the four walls of their home and want to watch television serials. Denying that shootings were taking place in closed godowns and hotels, a WATP office-bearer said, shoots of only a few mega serials were done on work from home mode since May 28 by adhering to COVID-19 protocols.

"Most of the producers had enough episodes for telecasting in the first 15 days of the lockdown. But many of us are now forced to shoot in the best possible manner as every production house is bound to meet contractual obligations for providing fresh content to the channels. "However, we don't have any direct role in this as actors are shooting on their mobiles and sending it to us," the producers' body had said.