Actress Khatija Iqbal, who made her debut in the web series Ragini MMS: Returns, will soon be seen as a mysterious hacker in the third season of the hit show Inside Edge. 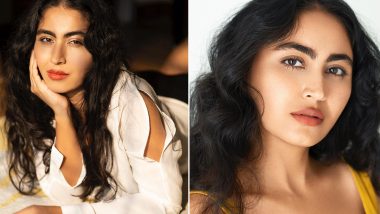 Actress Khatija Iqbal, who made her debut in the web series Ragini MMS: Returns, will soon be seen as a mysterious hacker in the third season of the hit show Inside Edge. "It's a no-nonsense show with a great cast and excellent team and it was an honour to work with such hardcore film professionals who know their jobs. I play a mysterious woman who enters a building and hacks into the system to make a betting deal come through," Khatija tells IANS, while talking about her season three cameo appearance in the series. Made In Heaven Season 2: Sobhita Dhulipala to Begin Shooting for the Amazon Prime Show Soon

She has been living in Mumbai for over 10 years now, and she says she never knew she wanted to be an actress till she arrived in the city. "I never knew I wanted to become an actor until I came here. It felt as if this place wanted me to try! If not an actor I would've finished my business studies and go on to become an entrepreneur but I'm glad I didn't. Entrepreneurship is easy, acting isn't, and what I've learned through acting, my school did not teach me," she says. Four More Shots Please Season 3: Kirti Kulhari, Maanvi Gagroo, Sayani Gupta and Bani J to Start Shoot of Amazon Prime Show Soon

She also admits that though she did not have inspiration at first, she was motivated by the works of actors like Nawazuddin Siddiqui, Manoj Bajpayee, Tabu, and Konkona Sen Sharma. "They inspired me to tell the truth as an actor on the most honest and deepest level possible with a touch of your personality because that's what makes you an excellent actor," says Khatija.

The actress confessed that she has had her share of struggle in the industry, but added: "I won't call it a struggle anymore, I would say it was like a school teaching me how to become better each day and that's all I strive for. So there was a struggle, but in a great way!" Khatija has also been a part of shows like Yeh Hai Chahatein and Jamai 2.0 but confesses that her favourite role is Sonia Sehgal, the role she played in Ragini MMS: Returns. She said: "Playing Sonia Sehgal in the show was my favourite because it was more like myself -- bossy, cute, funny -- and it was very easy for me to pull off. I enjoyed it the most."

(The above story first appeared on LatestLY on Feb 16, 2021 05:54 PM IST. For more news and updates on politics, world, sports, entertainment and lifestyle, log on to our website latestly.com).