Made In Heaven Season 2: Sobhita Dhulipala to Begin Shooting for the Amazon Prime Show Soon

The drama reflected the lives of upscale modern India, narrated through the eyes of two wedding planners, played by Dhulipala and Arjun Mathur. 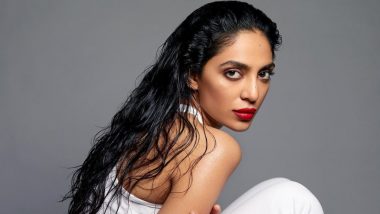 Actor Sobhita Dhulipala on Thursday shared a note from the makers of Made in Heaven informing her about kick-starting the filming of the much-awaited season two of the series. The drama reflected the lives of upscale modern India, narrated through the eyes of two wedding planners, played by Dhulipala and Arjun Mathur, set against the backdrop of quintessential Indian weddings in Delhi. Co-created by filmmaker Zoya Akhtar and her longtime collaborator director Reema Kagti, the season two of the Amazon Prime Video original was delayed in the wake of the coronavirus pandemic. Sobhita Dhulipala Starts Working on Her First Project of 2021, Says ‘It’s a New Beginning Y’all Wish Me Luck’

Dhulipala took to Twitter and shared a message from the makers, including producers Farhan Akhtar and Ritesh Sidhwani. "We are excited to have you on the 'Made in Heaven' team and are looking forward to starting this incredible journey with you," the note read. It, however, did not reveal the date of the shooting commencement. Sobhita Dhulipala Wraps Sitara Shoot; Actress Shares Film’s Clapboard, Says ‘All’s Well That Ends Well’

The first season of "Made in Heaven" also featured Jim Sarbh, Kalki Koechlin, Shashank Arora and Shivani Raghuvanshi. The series, which premiered on Amazon Prime Video, garnered acclaim and earned Mathur the best actor nomination at the 2020 International Emmy Awards.