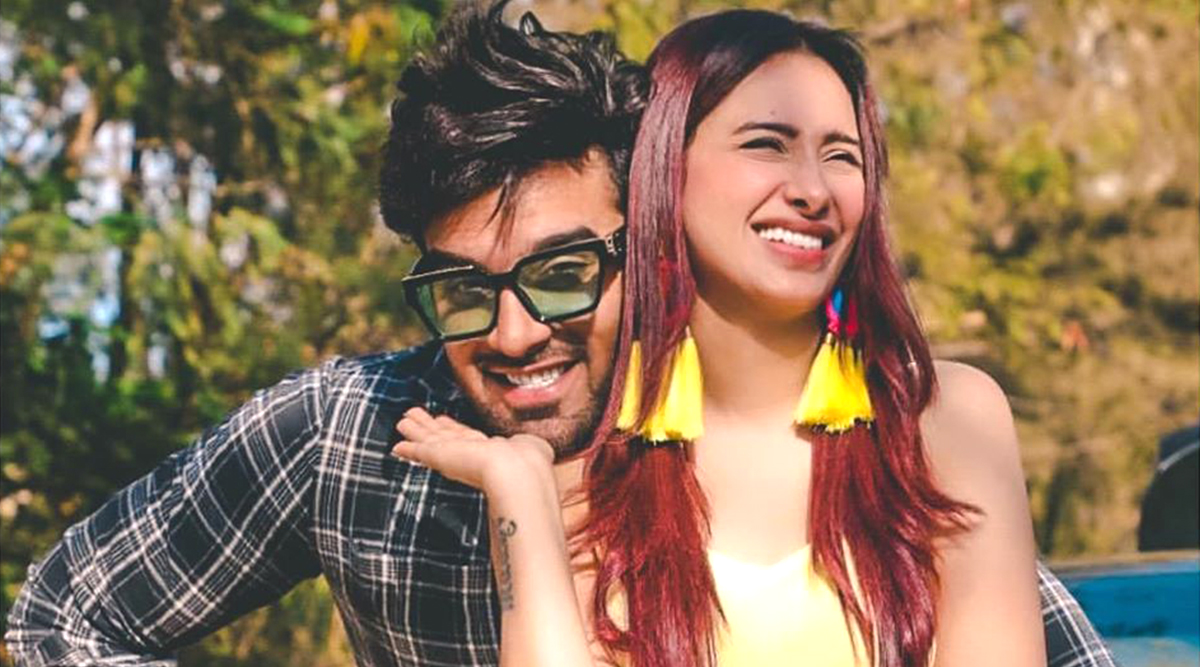 Bigg Boss 13 fame, Paras Chhabra and Mahira Sharma have been churning news from quite some time now. Be it for their music video, Baarish or for their dating rumours, the two so-called friends are on the top of the news charts these days. Apart from this, there also have been speculations of PaHira (Paras and Mahira) starring in a Punjabi film together. While there has been no official confirmation with regards to the news, the lovebirds have finally opened up about the said rumours. Paras and Mahira have admitted to getting an offer for a flick. Not just this, the two also have given their nod for the same. Bigg Boss 13’s Paras Chhabra and Mahira Sharma to Get Married in the Next 21 Days? (Deets Inside).

Mahira confirmed the news to Bollywood Life and expressed how she is comfortable working with Chhabra. Mahira Sharma said, "This is true. We have been offered a film together. I am excited to work with Paras and I’m super comfortable working with him. Masti, masti mein shoot nikal denge." On the other hand, Paras Chhabra also confirmed the development by answering, "Yes, we are offered a Punjabi film together." Bigg Boss 13: Is Mahira Sharma ’Jealous' of Her Co-Contestant Shehnaaz Gill? (Watch Video).

Well, this is indeed a piece of good news for all Mahira and Paras fans as after Baarish, this will be the second time the duo will be seen together in the same frame. Earlier, it was The Khabri on Twitter who had speculated that PaHira might come together for a film and yes finally they are. So, what's your thought on this? Are you looking forward to seeing the two in a regional (Punjabi) film? Tell us your thoughts in the comment section below. Stay tuned!