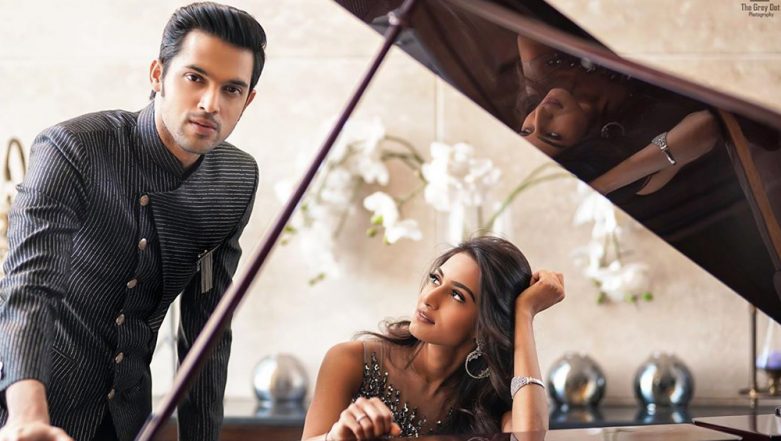 Parth Samthaan and Erica Fernandes, who have been winning the audience over their amazing acting chops and their sizzling on-screen chemistry in Ekta Kapoor’s latest production Kasautii Zindagii Kay 2, have hit the headlines several times before for their off-screen chemistry, with many speculating about their relationship in real life. Well, this time the two are in the news after reports surfaced that Parth and Erica will be seen as participants on Nach Baliye season 9. Nach Baliye 9: Urvashi Dholakia Hints Ex-Beau Anuj Sachdeva Won’t Be Her Dancing Partner

Yes, you read that right! The actors, who have been dismissing the reports of them dating, are all set to enter the couples dancing reality show as real-life couples, according to a report in DNA. The portal quoted a source as saying, "Though the makers wanted them on board, initially, they were finding it difficult to manage the dates of Erica and Parth as they would be shooting simultaneously for their serial." Jennifer Winget and Sunil Grover to Come Together as Hosts of Nach Baliye 9

The source further added, "After several discussions, their dates have been managed in such a way that it will not affect either of the shows as both are on the same channel." However, Parth and Erica have not given any confirmation on their participation yet.  So, does this piece of information excite you? And if the reports are anything to go by, what are your thoughts on this popular Jodi? Let us know in the comment section below. Salman Khan Confirms Ex-Couples Will be a Part of His Dance Show, Nach Baliye 9

Nach Baliye is a dance reality show that has our favourite television celebs dancing with their real-life partners. Through this show, we get to see another side of the lives of our favourite celebrity couples.

Bankrolled by Salman Khan, Nach Baliye 9 will have Urvashi Dholakiya, Yuvika Chaudhary, Prince Narula, Abhinav Shukla and Rubina Dilaik on the show, while confirmation of several other expected participants is awaited. Stay tuned to this space for further updates.