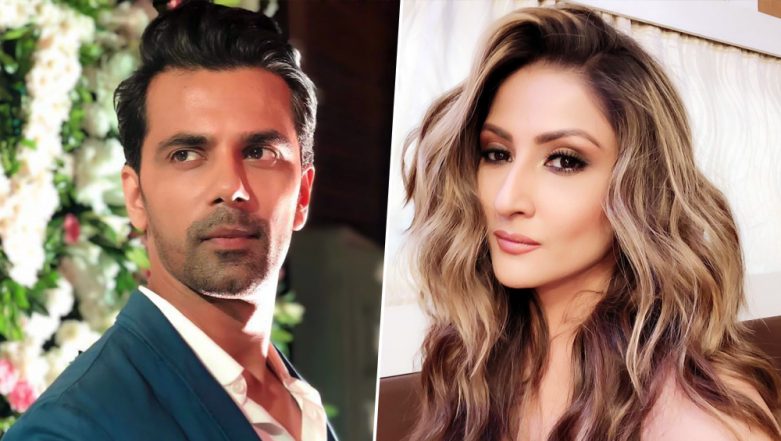 After completing eight successful seasons, the much-awaited television couples dance reality show, Nach Baliye is soon going to return to the small screen with its 9th season. Reportedly, this year, the makers, who wanted to attempt something different, come with a different concept and will have ex-couples participating in the dance reality show. So, this time it will be a mix of real-life couple and exes. Salman Khan’s SKF TV and Banijay Asia will be bankrolling the show. Confirming the reports, Salman also took to social media to tweet, "Nach Baliye this year is going to be all about entertainment with our new concept of getting not just couples but ex-couples under one roof." Nach Baliye 9 will be hosted by Sunil Grover and Jennifer Winget. Nach Baliye Season 9: Here’s the List of Contestants Couples, Judges and Hosts of Star Plus’ Dance Reality Show! – View Pics

Ever since the makers dropped a teaser online, making an official announcement that the show will happen soon, viewers are extremely excited to know which celebrity couples will be part of this show. Several names like Prince Narula and Yuvika Chaudhary, Hina Khan and Rocky Jaiswal, Drashti Dhami and Neeraj Khemka, Rubina Dilaik and Abhinav Shukla, Anita Hassanandani and Rohit Reddy, amongst others, have been doing the rounds on the internet.

Urvashi Dholakia and Anuj Sachdeva are one among the probable contestants. But when Anuj was quizzed about it, the actor, in a statement to Bombay Times, said, "We don’t have a confirmation yet," further adding, "How can I do Nach Baliye? I am single!" Nach Baliye 9: Raveena Tandon Joins Salman Khan as a Judge on The Show!

Meanwhile, Urvashi confirmed the reports to Mumbai Mirror as she was quoted, "The show’s creative team is still in talks to figure out who would be the best match for me. It will be interesting. As far as chemistry goes, we will just have to wait and see how everything else works out."

Talking about what made her take up Nach Baliye 9, the actress told the tabloid, "I took it up as I’ve always loved dancing and through this platform, I could learn so much more. For me, it’s like acting. I’ve always wanted to be on TV and not watch it from the outside, the same goes for dance! I recently shot a promo in a grand setup." Jennifer Winget and Sunil Grover to Come Together as Hosts of Nach Baliye 9

Nach Baliye is a dance reality show that has our favourite television celebs dancing with their real-life partners. Through this show, we get to see another side of the lives of our favourite celebrity couples. So, how excited are you to see Urvashi and Anuj in the upcoming season? Share your thoughts in the comment section below. Stay tuned to this space for further updates.