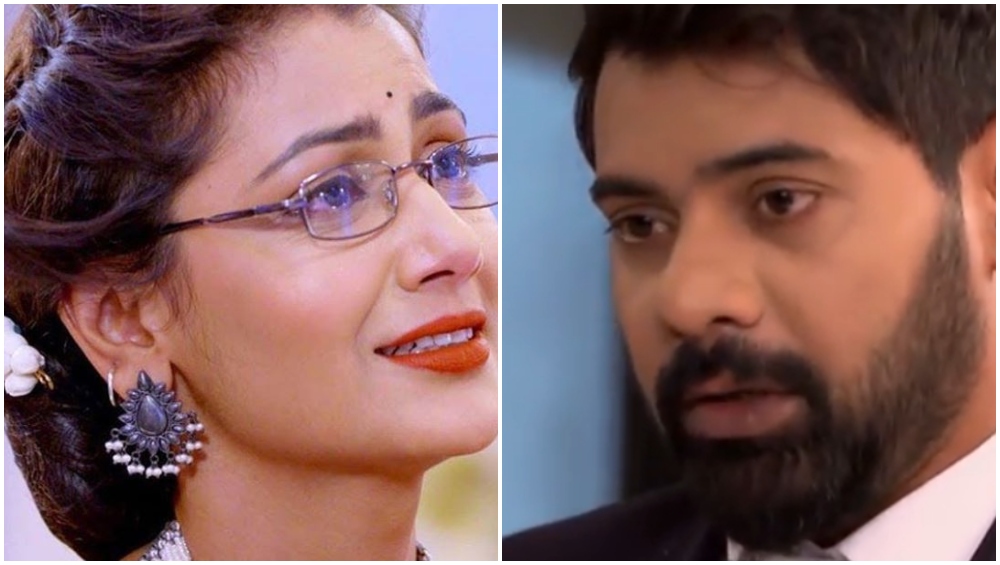 In yesterday’s episode of Kumkum Bhagya, Rhea asks Prachi to take back the case against Aaliya, but Prachi refuses to do that. Prachi says that Aaliya purposely ran into Disha with her car. Rhea calls Abhi and tells him that Prachi put Aaliya in jail. She asks Abhi to get Aaliya out but Abhi is unable to help Rhea. In tonight’s episode, we see Aaliya ask Rhea to go away, but she refuses to go anywhere. Vikram shows up with a lawyer and bail papers to get Aaliya out of jail. Aaliya thanks Vikram for helping her while the police taunt her for throwing money and getting away with her crimes. Aaliya and Rhea both decide to make sure that Prachi pays for filing this case. Kumkum Bhagya December 4, 2019 Written Update Full Episode: Rhea Threatens To Harm Prachi If She Doesn't Back Off And Free Aaliya

At the hospital, Disha wakes up and is surprised to see Purab outside her door. Pragya (Sriti Jha) is next to Disha and tells her how Purab handled everything to make sure Disha got the best treatment. When Pragya goes out, Purab enters the room and sits beside Disha.

Priyanka on the other hand, is in her room when the bellboy enters and gives her the newspaper. Priyanka reads the news about her death or disappearance and is excited. She now hopes Abhi (Shabir Ahluwalia) will come under more pressure to put Rishi in jail. Priyanka wonders if Abhi got her diary, she says that if Abhi had the diary Rishi would have been jailed by now. Rishi shifts back to his old house along with Sarita, Prachi and Shahana. Kumkum Bhagya December 3, 2019 Written Update Full Episode: Rhea Gets Super Angry With Prachi After The Cops Arrest Aaliya In Hit And Run Case

Disha and Purab share a few moments together. Disha tells Purab that she is not angry with him and she doesn’t hate him either. They are interrupted when Hritik enters the room. Disha asks Purab to go home and rest before coming back again. Abhi calls up Purab and tells him that Aaliya was in jail for Disha’s accident and they both feel Aaliya did it purposely.

Abhi tries to call Rhea but she says that she doesn’t want to speak to him because he didn’t help Aaliya. Rishi panics when he finds news about Priyanka in the papers and decides to hide that page. Purab reaches home and tells Daadi that Disha is alright. He scolds Aaliya for talking ill about Disha and Pragya.