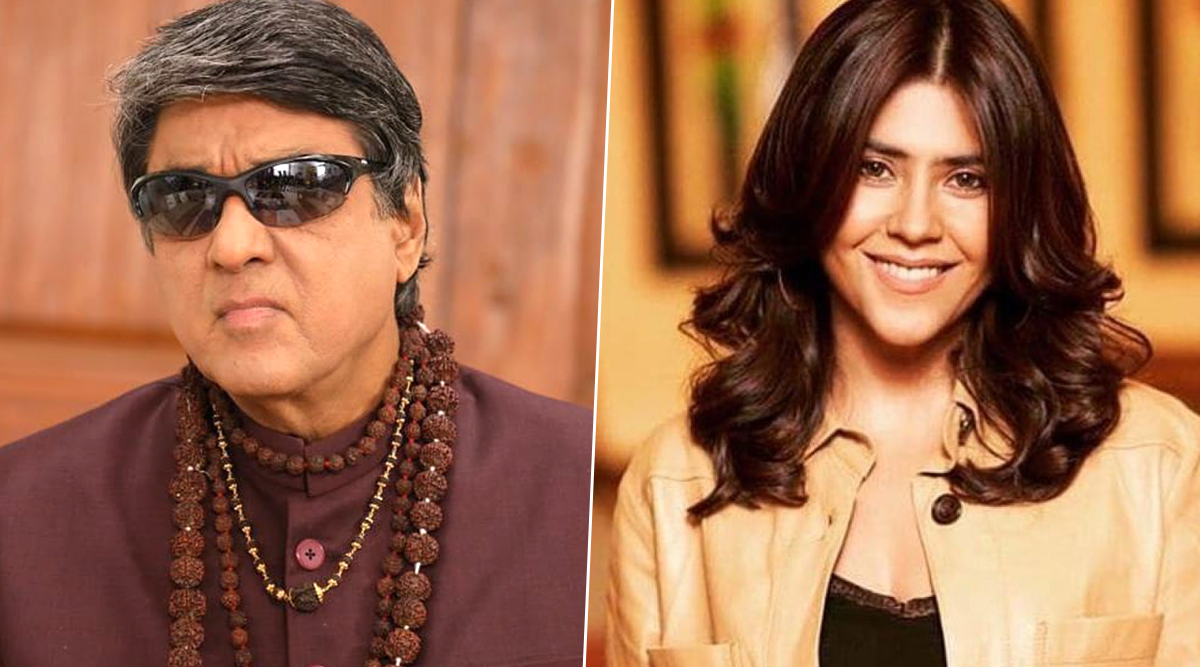 Veteran actor, Mukesh Khanna who is popularly known to be India's first superhero, thanks to his iconic show, Shaktimaan has slammed Ekta Kapoor for 'murdering Mahabharat'. If you recollect, TV queen, Ekta had remade her version of the mythological tale, Mahabharat which was titled as Kahaani Hamaaray Mahaabhaarat Ki (2008). Also, amid the lockdown to provide entertainment to the audience many 90s shows like Ramayan, Mahabharat, Shaktimaan, Dekh Bhai Dekh have made its comeback on Doordarshan. While Khanna is all set to remake Shaktimaan for this generation, he does not want to go the Kapoor way. Mukesh Khanna Takes a Sly Dig at Sonakshi Sinha, Says ‘Ramayan and Mahabharat’s Rerun Will Help People Like Her Who Have No Knowledge’.

Taking a dig at Ekta’s Kahaani Hamaaray Mahaabhaarat Ki, Mukesh in an interview with Mumbai Mirror lashed out at Ekta for ruining such a classic and historic tale. “The new version of Shaktimaan cannot be the way Ekta Kapoor made Mahabharata (in 2008) by putting a tattoo on Draupadi’s shoulder. She had said that she was making Mahabharata for modern people. ‘Sanskriti kabhi modern nahi ho sakti, putri. Jis din Sanskriti ko modern karoge, khatam ho jayegi’ (Culture can never be modern, The day you try to make culture modern, the culture will be over)," he said.

He further added, “If the serial name would be ‘Kyunki Greek Bhi Kabhi Hindustani the, then I would accept Ekta’s Mahabharat. Who has given them the right to slaughter an epic? They have changed the actual version of Devarath’s ‘Bhishma Pratigya’ to something else and created a vamp-like image for Satyavati, among other things in the show. They tried to be smarter than Vyas muni (Ved Vyasa, who wrote Mahabharata) to which I have an objection. I want to point out that Ramayana and Mahabharata are not mythologies, they are our histories.” Mukesh Khanna Working on Shaktimaan Sequel and That's One Good News the World Can Really Use Right Now.

Recently, Mukesh Khanna hade made headlines for targeting Sonakshi Sinha, who was unable to answer a question on Kaun Banega Crorepati which was related to Ramayan. “I think the reruns will be useful to many who haven’t watched the show earlier. It will also help people like Sonakshi Sinha who have no knowledge about our mythological sagas. People like her don’t know who did lord Hunuman get Sanjivani for, " he had said to TOI. Stay tuned!