Naagin 4: Safety Comes First for Anita Hassanandani As She Shares Pictures of Herself Wearing Mask from the Sets! 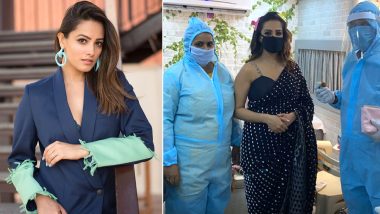 India is currently on number three with regards to coronavirus cases around the globe followed by USA and Russia. While the deadly bug is far from saying goodbye to the city of dreams, amid the crisis, things are coming back to normalcy. Even many television shows have started shooting for their fresh episodes which are set to get aired from July 13. And the latest actress to resume work is Naagin babe, Anita Hassanandani. The TV star took to her Instagram and shared stills from the sets of the supernatural show. After Nia Sharma and Rashami Desai, it's Anita who can be seen on the sets. Anita Hassanandani's Father-In-Law Passes Away, Actress Pens Down A Tearful Farewell Note (View Post).

Dressed in a black saree and looking villainous and how Hassanandani also was seen opting for a mask to match the attire. Looks like safety comes first for her. In one of the stories she wrote, "Thoda kaam kiya jaye." In the shared pics we can also see the new normal where the crew members are spotted wearing PPE gear to stay away from the virus. Also if you follow the show, you'll know that Anita's role was short in Naagin 4 and we wonder what's cooking up this time? Anita Hassanandani Birthday Special: From Stunning Sheer Sarees to All Things Bling, the Yeh Hai Mohabbatein Beauty Owns The 9 Yards Like Nobody Else (View Pics). 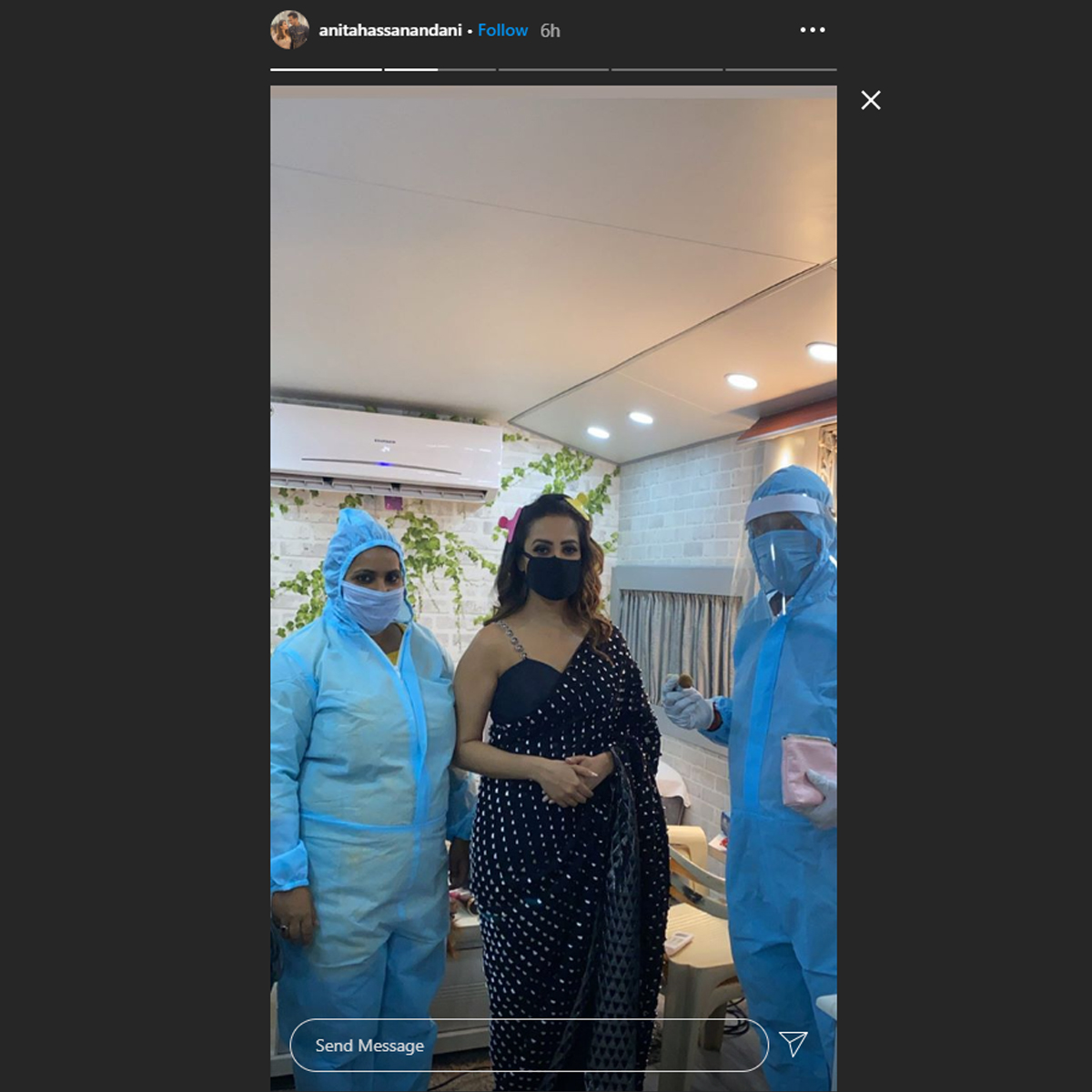 Here's another decked up in silver jewellery: 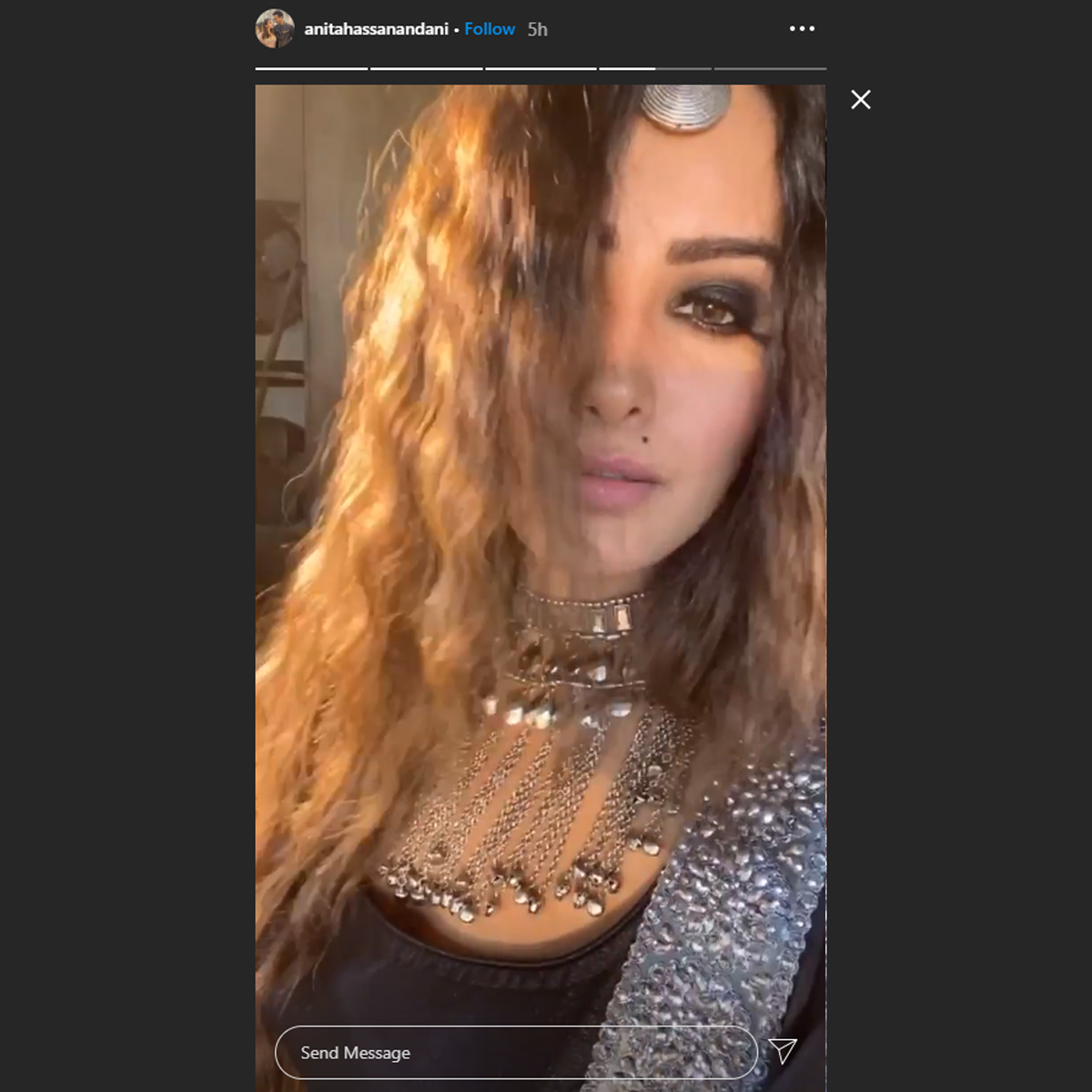 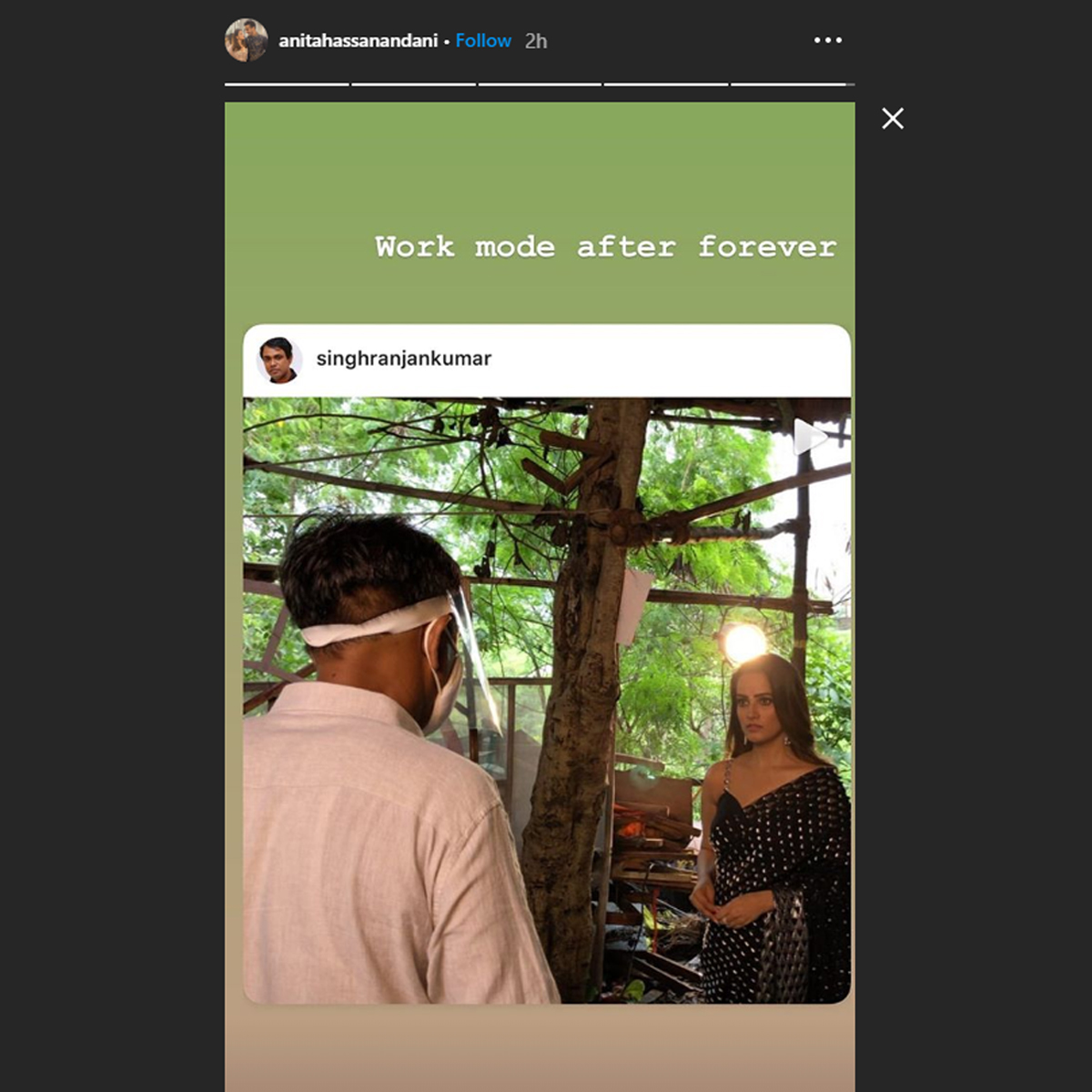 Well, many popular TV shows have started working and churning out new episodes. For the unaware, Ekta Kapoor had earlier confirmed Naagin 5 and also stated that the current one which is Naagin 4 is going to end with a four-episode fantastic finale. Coming back to Anita's stills, let such photos keep on coming. Stay tuned!

(The above story first appeared on LatestLY on Jul 06, 2020 09:01 PM IST. For more news and updates on politics, world, sports, entertainment and lifestyle, log on to our website latestly.com).