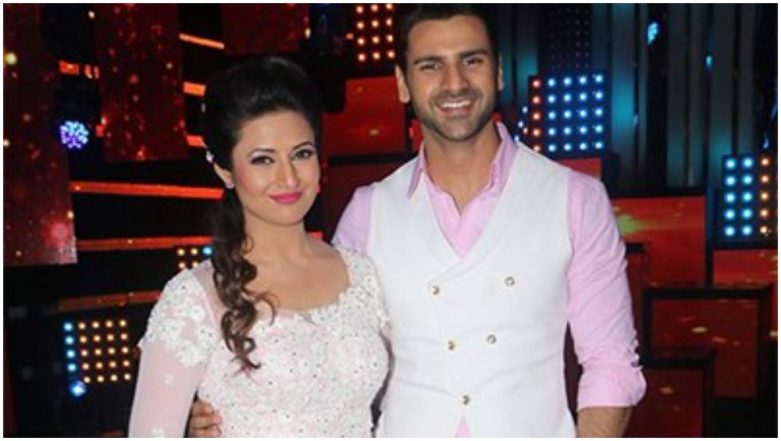 The popular dance reality show Nach Baliye 9, which is being produced by Salman Khan, is coming soon! The much-awaited show Nach Baliye 9, which featured lovers as contestants, will also include ex-flames as participating jodis in the show this year. While names like Yuvika Chaudhary - Prince Narula, Abhinav Shukla - Rubina Dilaik Gautam Rode - Pankhuri Awasthy, Anita Hassanandani - Rohit Reddy, Parth Samthaan - Erica Fernandes, among others, are rumoured to be a part of the show, Urvashi Dholakia and Vishal Singh have confirmed their participation in the show. Nach Baliye 9: Will Salman Khan Try to Rule the Dance Show Just Like Bigg Boss?

Speaking of hosts, TV actress Jennifer Winget and comedian Sunil Grover will be hosting the upcoming season of Nach Baliye. But recently Pinkvilla had reported that Nach Baliye 8 winner Divyanka Tripathi will host the show but there was no confirmation on the same. However, on Thursday, Divyanka confirmed it to the entertainment portal and said that she and her husband Vivek Dahiya have been roped in to host the first episode of the popular show. Nach Baliye 9: Divyanka Tripathi to Host the Grand Premier of Salman Khan’s Hit TV Show?

Yes, you read that right! In a statement to the portal, Divyanka said, "Vivek and I are doing it together for the pre-launch episode. I always wanted to host with Vivek. I'm very happy that we got this opportunity in Nach which has been a very important part of our life." Meanwhile, Divyanka and hubby Vivek, who are currently in Macau, are enjoying a mini vacation ahead of their third wedding anniversary. The pictures on their Instagram feed are sure to make you go green with envy. Divyanka Tripathi and Vivek Dahiya on a Romantic Getaway to Celebrate Their Third Wedding Anniversary (View Pics)

On the professional front, Divyanka, who seems to have hypnotised her viewers with abundance of love and excellent acting skills, is currently seen (as Ishita Bhalla) in Star Plus' much-celebrated show Yeh Hai Mohabbatein alongside Karan Patel. The actress, who was recently seen hosting the singing reality show - The Voice Season 3, has bid adieu to the show.

Meanwhile, Vivek, who ventured into the entertainment industry with a negative character in Veera, went onto hit the right chord with the audience as Raj in Qayamat Ki Raat. The actor is currently rumored to have roped in for Ekta Kapoor's Naagin 4. Stay tuned to this space for further updates.