After being associated for seven years with Kumkum Bhagya, actor Shabir Ahluwalia is all set to play the lead in the upcoming show Pyaar Ka Pehla Naam Radha Mohan. 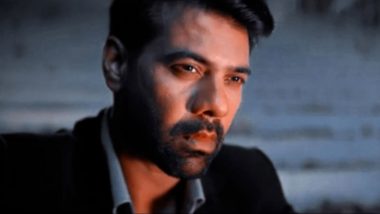 After being associated for seven years with Kumkum Bhagya, actor Shabir Ahluwalia is all set to play the lead in the upcoming show Pyaar Ka Pehla Naam Radha Mohan. Shabir said: "After being part of 'Kumkum Bhagya' for so long, I wanted to play a part that was quite different from what I've been essaying. I wanted my next show to have a riveting storyline. That's when 'Pyaar Ka Pehla Naam Radha Mohan' came my way. It is truly a fascinating story, very unique and full of twists." Kashibai Bajirao Ballal: Aarohi Patel Shares Her Experience of Shooting a Wedding Sequence in the Zee TV’s Show.

Shabir will be seen essaying the character of Mohan who once used to play the flute and have everyone swooning around him, but has somehow lost all his popularity. He is only attached to his mother, whom he loves blindly. While briefing about his character, the actor added: "I personally love the way Mohan's character has been written. Mohan is a strong, well-defined yet challenging character with several different shades. He was quite the charmer in his 20s, but in his mid-30s, his life has taken a complete 360-degree turn." Bhagya Lakshmi Completes 1,000 Episodes: Aishwarya Khare, Rohit Suchanti Talk About the Beautiful Journey of Their Zee TV Show.

"He has lost his identity and purpose in life. But what will be interesting for the audience to watch is what made him the person that he is at the moment and what will happen in his life next," he concluded. Pyaar Ka Pehla Naam Radha Mohan will premiere soon on Zee TV.

(The above story first appeared on LatestLY on Apr 07, 2022 04:21 PM IST. For more news and updates on politics, world, sports, entertainment and lifestyle, log on to our website latestly.com).