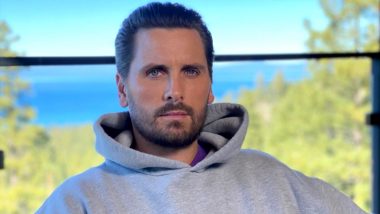 Television personality Scott Disick reportedly introduced his girlfriend, teen model Amelia Hamlin, to his three children -- Mason, Penelope and Reign -- in Miami. Scott shares custody of the children with ex-girlfriend Kourtney Kardashian. "Mason, Penelope and Reign Disick were seated between Hamlin and their dad, and were all acting upbeat, laughing and enjoying the sugar-rush. Scott Disick Hasn't Lost Hope, Is Determined To Get Sofia Richie Back In His Life, An Insider Reveals.

(The above story first appeared on LatestLY on Feb 23, 2021 11:19 AM IST. For more news and updates on politics, world, sports, entertainment and lifestyle, log on to our website latestly.com).