Shivin Narang on Nepotism Debate: 'I Have Not Faced It But Seen It Happening Around Me'

Along with the many people who voiced their opinion, TV actor Shivin Narang too says that nepotism exists, but it's not just limited to the entertainment industry, it's everywhere. 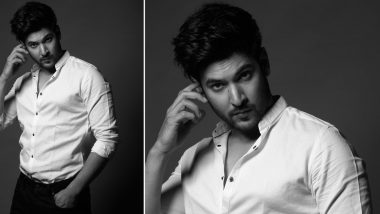 Actor Sushant Singh Rajput's sad demise has brought back the whole nepotism debate that was once started by Kangana Ranaut. Sushant died by suicide at his Bandra home on June 14. There are talks that the actor was depressed because he became a victim of nepotism and was not getting to work with big banners. And along with the many people who voiced their opinion, TV actor Shivin Narang too says that nepotism exists, but it's not just limited to the entertainment industry, it's everywhere. Dil Bechara: Sushant Singh Rajput's Last Movie with Sanjana Sanghi Confirmed to Release on Disney+ Hotstar, Will Start Streaming From July 24, 2020.

The Ek Veer Ki Ardaas... Veera star also asserted that the media writes about the star kids on a daily basis, making them more saleable, so, they are also equally responsible for nepotism. "Yes I believe nepotism exists, favouritism exists and not only in Bollywood it's everywhere. But I feel our media is equally responsible for this. If you see any star kid, so many people want to interview them, there is always so much paparazzi around them, and so much is written about them since the beginning that they become famous for no reason. And because the press is writing so much about them, they become more saleable. Now that they are more saleable, obviously they will be the first preference. So somewhere our press is also responsible for this," says Shivin. Shivin Narang on Beyhadh 2 Going Off Air: 'If We Can Complete The Story, It Would Do Justice To The Show and Viewers'.

The actor, who was last seen in Beyhadh 2, believes that nepotism is not bad, but taking away someone's work for your own benefit is. "Instead of that I think the media should talk about new talent and appreciate them more. The press first needs to change it's point of view and then only people's point of view will change. The media needs to change their policies and outlook and push new talent," says Shivin.

However, Shivin has been lucky enough to not fall prey to nepotism, but has seen it happen around him. "I don't think there's anything bad in it. My dad would have done the same thing for me. However, if people are intentionally blocking someone that is a bad thing. But if someone wants to invest in their family, friends or relatives, I don't think it's bad at all," he says.

The Beyhadh 2 star also addressed the issue of mental health and depression and said that this is not something that is industry-centric and can happen to anyone. Shivin revealed, "Life of an actor is very unstable, sometimes you are on the top and sometimes you need to struggle. But this is something we all know before entering the industry. And as far as depression is concerned, it's not just in the entertainment industry. Life is so fast now, especially because of the internet and social media and we tend to forget ourselves. People make less conversation, they meet less and rather meet or talk digitally."

(The above story first appeared on LatestLY on Jun 25, 2020 03:18 PM IST. For more news and updates on politics, world, sports, entertainment and lifestyle, log on to our website latestly.com).