It is a remake of the Bengali television series Potol Kumarr Gaanwala, which used to be aired on Star Jalsa. 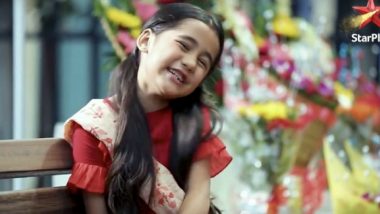 Mumbai, July 27: Star Plus has taken a unique marketing approach to promote their serial Kullfi Kumarr Bajewala. The serial was launched in March this year, and it revolves around the journey of a young singing prodigy Kullfi, who encounters several hurdles on her way to unite with her father, Sikandar Singh Gill. The show stars Aakriti Sharma, Mohit Malik, and Anjali Anand.

The hashtag #KullfiCalling is trending on Twitter today, and as part of the promotional strategy, the brand is urging the users to give a call on this number- 7039-000-000. Once you give a call, the number gets disconnected, and you will get a call from Kullfi herself. In an audio recorded message, Kullfi calls back, and you can get to hear melodious songs depending on your mood.

It is a remake of the Bengali television series Potol Kumarr Gaanwala, which used to be aired on Star Jalsa. It was one of the top viewed serials in the Bengali genres during that time. This is a very fresh marketing approach, which Star Plus has taken for serial, which is being liked by people across age groups. Even though it is a paid promotion, but who wouldn't want to hear some beautiful songs in Kullfi's voice?

(The above story first appeared on LatestLY on Jul 27, 2018 01:07 PM IST. For more news and updates on politics, world, sports, entertainment and lifestyle, log on to our website latestly.com).